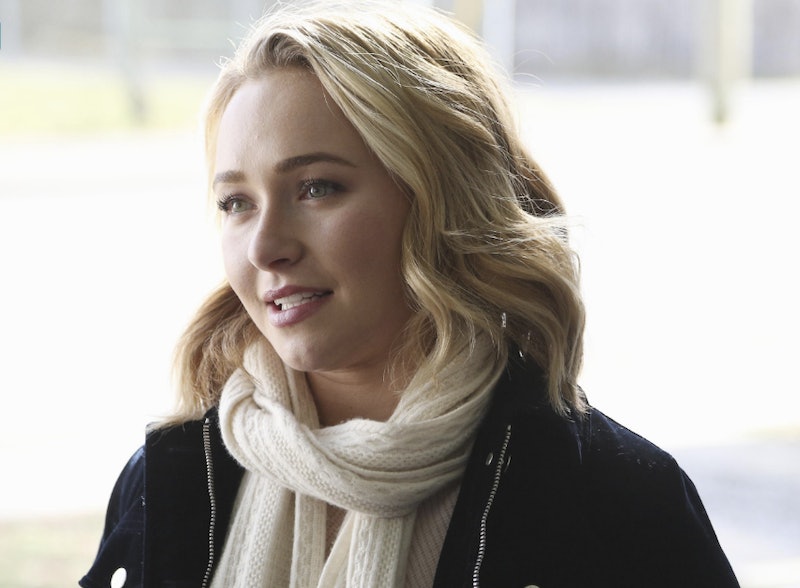 It was the cliffhanger heard around the world when Juliette Barnes' plane disappeared at the end of Nashville's season four finale. And honestly, hasn't she been through enough? Between postpartum depression, the loss of her mom, the death of her agent, and a divorce, I think she deserves a break. In the season finale, Juliette finally confessed all her mistakes on national TV — a big step for Juliette Barnes, for sure. But then, we were informed that her plane might have gone down. And that was where Nashville left us, and then it wasn't renewed for a fifth season. Fortunately, CMT stepped in to save the show, giving it a 22-episode fifth season. But the question still remained: would Juliette return to Nashville or truly disappear?

After all, her fate was left up in the air, and it was very possible the show could choose not to include her in the next season, leaving us all in a lurch. Fortunately, back in June TVLine reported that Hayden Panettiere was expected to return for the fifth season. When she was featured in CMT's Season 5 trailer (which you can watch below) we knew it was official — Juliette Barnes is back.

According to a press release for the season premiere, Rayna and Deacon try to get back to somewhat a normal life, but "the shocking news about Juliette creates a wave of emotions throughout Nashville and sets Rayna off on a journey of discovery." Is the shocking news about her plane disappearing, or the press conference she held before boarding? Has she already been found? Did she get back together with Avery? There are still so many questions we have about Juliette, but here's what I'm hoping to see in Season 5.

This is an obvious one, but really, is it too much to ask? According to TVLine, sources claimed that an alternate ending of the Season 4 finale was shot in which Juliette and Avery reunited, which gives me hope that a happy ending is in store.

Rayna has really become Juliette's surrogate mom in a way, and something tells me that Juliette's going to really need someone to talk to after this particular ordeal.

A Collaboration With Maddie

With Maddie newly "un-emancipated," she may finally be able to work with Juliette again and maybe learn how to re-start her singing career. This time, she'd be working with someone that Rayna knows and trusts.

Based on how Season 4 ended, Highway 65 may not be in the best spot, but maybe Juliette can regain her top selling artist position and make a comeback for both herself and the label.

No matter what happens next, I'm just glad that Juliette will be back on Nashville after leaving us on the edge of our seats for so long.