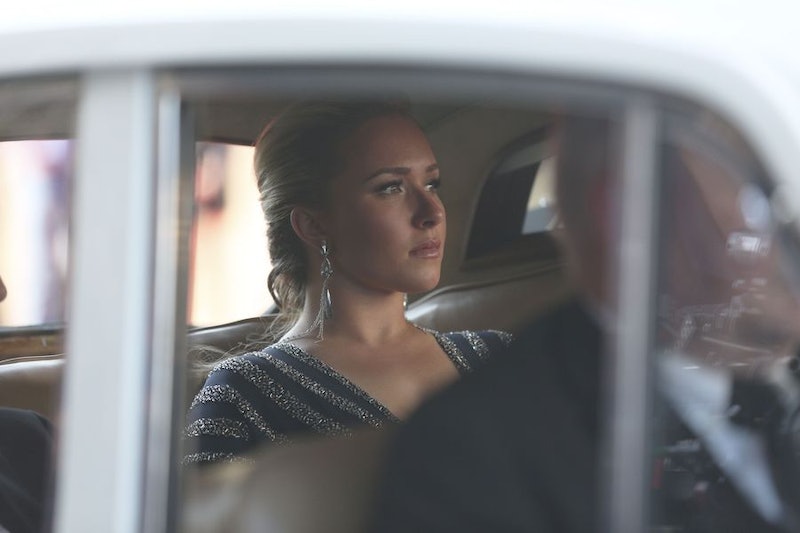 Oh em gee, Nashville fans. I cannot even believe the unfairness of it all — first, ABC cancels Nashville for its fifth season without even the time to give it a goodbye, and then the show ends with that cliffhanger? Juliette just confessed all of her wrongdoings on national television, was flying back home to Avery and Cadence, and then we find out that her plane could have gone down 90 miles west of Nashville. And then the episode ended. Are you kidding, Nashville? I am crushed. And I need to talk about it.

Let’s talk about the good stuff first — Avery finally realized what a crazy person Layla was after Layla released to the press that Juliette was on the roof the night Jeff died. Layla didn’t want Avery to go to Los Angeles to be with Juliette and Cadence for the Oscars, so she tried to sabotage it. Avery found out and dumped her lousy, manipulative butt. Phew. Then Juliette went on national television and told everyone how she was responsible for Jeff’s death and didn’t remember because she was so suicidal and messed up on drugs. Avery was beside himself, they said they loved each other, and then she was flying back to him. And now the bad stuff — Avery got to the airport, and someone came out looking for him and eventually told him that they lost contact with Juliette’s plane.

Normally, I wouldn’t be so beside myself if I could find out how it all ended, but Nashville is ostensibly over (unless another network picks it up, which I am still hoping and praying for). Done. Kaput. There’s no sweet, sweet embrace between Juliette and Avery here. No one big happy family again. This is one of the more upsetting cliffhangers I’ve seen on television — can someone please resolve this? Anyone? Help.

More like this
15 Piping Hot Behind-The-Scenes Secrets From 'Great British Bake Off'
By Emily Dixon and Darshita Goyal
What’s New On Netflix: Ana De Armas’ 'Blonde' & A Nick Kroll Special
By Arya Roshanian
Kathy Hilton’s 'RHOBH' Controversy Wasn’t Entirely Caught On Camera
By Jake Viswanath
Here's Exactly When Rachel & Tino's Fight Happened After 'The Bachelorette'
By Grace Wehniainen
Get Even More From Bustle — Sign Up For The Newsletter