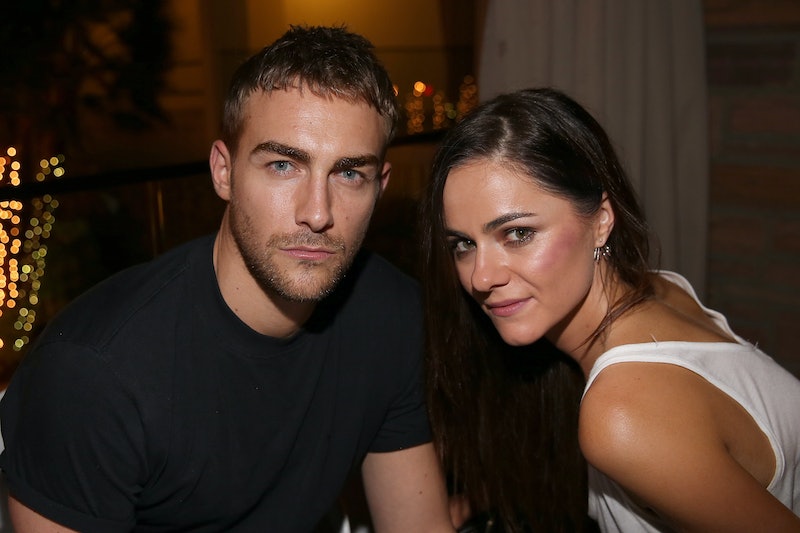 The Royals is back for its third season, and, naturally, the show is as steamy as ever. Since the start of the series, the status of Jasper and Eleanor's relationship has hung in the balance and much of the speculation has trickled out into the actor's real lives. Since a certain pair of actors have incredible chemistry on the The Royals, many fans are still wondering if Alexander Park and Tom Austen are actually dating?

'Shipping fictional characters has been a thing in film and television for a while now, but fans have trouble separating onscreen chemistry with real life — especially when it comes to Park and Austen. To get to the bottom of their mysterious relationship, here are their current dating statuses. Well, whatever I could decipher anyway.

"Jeleanor" has become a fan favorite, and I speculate that it's because we all love a dramatic relationship, truth be told. And another thing everyone loves? Co-stars who fall in love while they're filming. There's been much speculation about Park and Austen's relationship, but it still seems like they are extremely close as best friends. While it could be more, the two of them haven't explicitly said they are together romantically, per se. And, further more, it does seem that they both Park and Austen are currently single.

First off, let's look at their individual love lives before we dive into any chances of them dating each other in real life. In mid-2015, Park was rumored to be dating Luke Cheadle after some compelling social media posts of them together. She had even previously posted a photo of herself with both Cheadle and Austen:

But as for 2016, Park has only loosely rumored to have hooked up with James Lafferty, the One Tree Hill actor who also directed some episodes on this season of The Royals. Those rumors are very unsubstantiated, as Park hasn't really shared any photos of Cheadle or any other love interest on her social media besides those of her Royals cast mates (including, of course, Austen). So, by all accounts, Park is currently single.

Austen also has not been rumored to be dating anyone, and he shares many photos together with Park and his cast mates. He hangs out with a lot of his friends and looks to be enjoying his newfound career success very well. When it comes to Park, it's pretty obvious that Austen is extremely close to her. They sound more like best friends than anything else, and try to make sure everyone knows that fact.

While they have plenty of mushy-captioned photos of each other on Instagram, they always make sure to point out that they are great "friends" who have massive amounts of love for each other. Which, to be fair, I do with my best friends, too.

Last year, when asked by E! News if they were dating in real life, Austen and Park denied all romance rumors with an adamant, "No!" They seemed quite awkward about it, but Park asserted that they're just best friends and that Austen "wishes."

Basically, the love between them seems clearly platonic, but that could be exactly why they have such chemistry on screen.