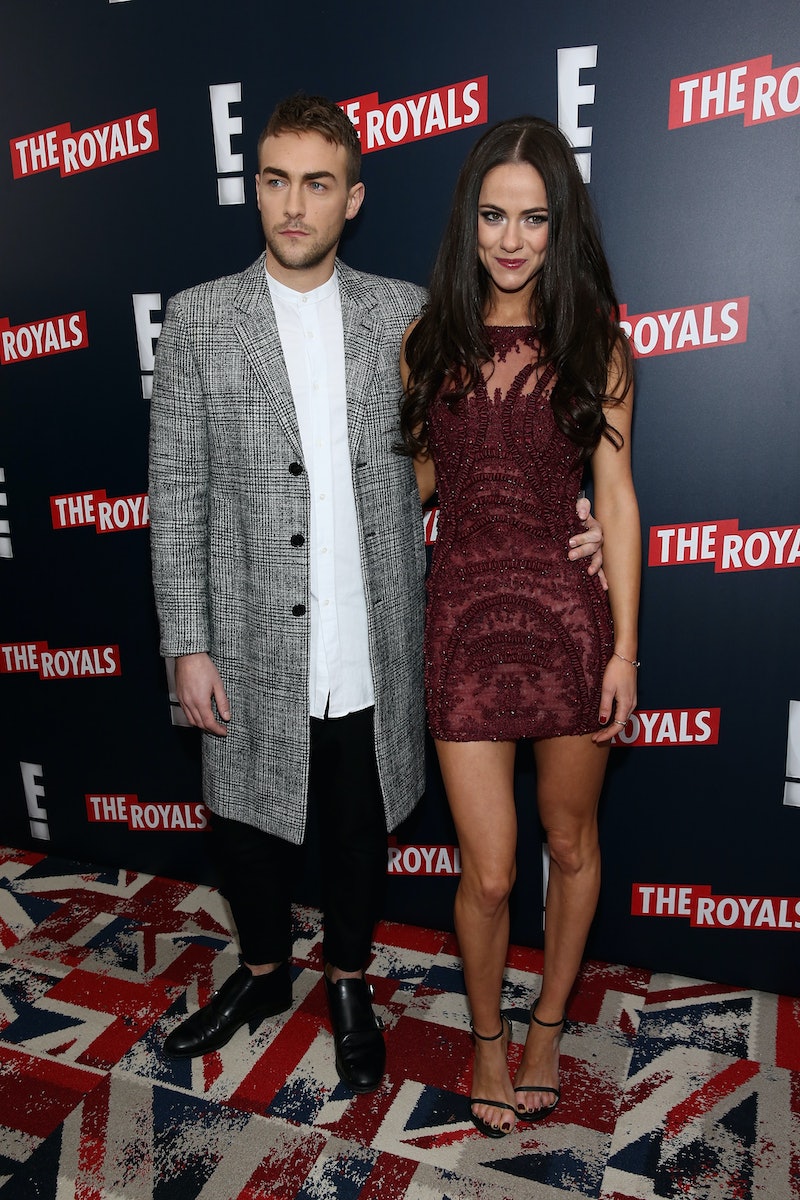 We have already had a roller coaster of emotions when it comes to the relationship between Princess Eleanor and her bodyguard Jasper on E!'s new and totally addicting scripted series, The Royals. I know conflicting emotions pretty much comes with the territory when you're watching a drama about the royal family, especially when the characters have so much chemistry! Recently, a few details about Jasper's past came to light, and now the future of this dysfunctional relationship is hanging in the balance. But this hasn't stopped fans from furiously shipping "Jeleanor" and everyone is still wondering if Jasper and Eleanor are dating in real life?

Actors Tom Austen and Alexandra Park have undeniable chemistry on the show, and there is nothing like a star-crossed lovers situation to make things even more intriguing. I am always a sucker for some forbidden rendezvous in dark corridors, but it does not seem like this sizzling chemistry seeps off-screen. At least, not romantically.

We recently uncovered that Alexandra Park is most likely dating jack-of-all-trades, Luke Cheadle and Tom Austen seems to be mostly single. Even though they are not together romantically, I rounded up some photos that prove Jeleanor are BFFs and love each other just the same.

When They Hung Out With Luke Cheadle

When They Enjoyed The Great Outdoors With The Cast

When He Pushed Her Around While In Character

When They Took This Adorable Selfie

When They Kissed In The Middle Of Times Square

When Alexandra Called Him The Apple Of Her Eye

When They Took A Cute Little Break On Set