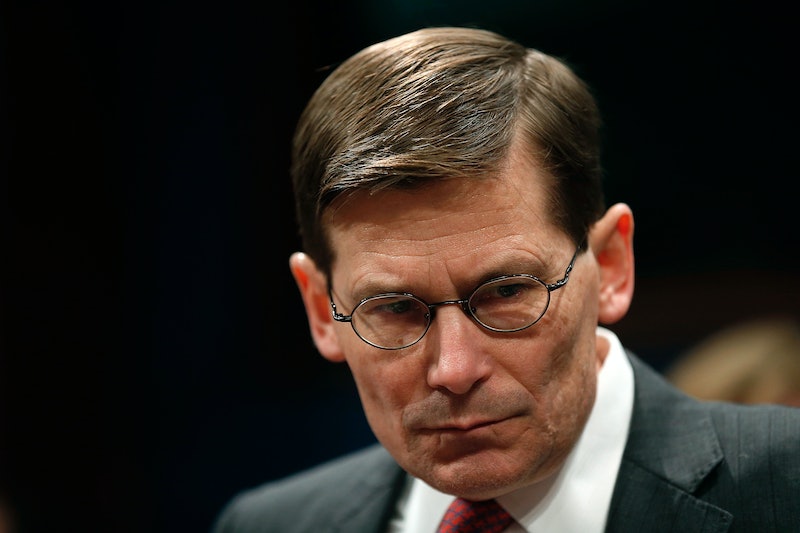 On Sunday, the man in charge of briefing President George W. Bush on the terrorist attacks of Sept. 11, 2001 compared the alleged Russian hacking to 9/11, claiming it was the "political equivalent" of the deadly event. In an interview published Dec. 11 with The Cipher Brief, a "platform that connects the private sector with the world’s leading security experts," former acting CIA Director Michael Morell stressed that the CIA is a nonpartisan agency that does not take lightly its responsibility to uncover possible attacks by foreign nations. That's why the agency's secret report that alleged Russia intervened to help Donald Trump win needs to be fully investigated, Morell argued.

"It is an attack on our very democracy," Morell said of the Russian influence in this election. He continued:

"It’s an attack on who we are as a people. A foreign government messing around in our elections is, I think, an existential threat to our way of life. To me, and this is to me not an overstatement, this is the political equivalent of 9/11. It is huge and the fact that it hasn’t gotten more attention from the Obama Administration, Congress, and the mainstream media, is just shocking to me."

Trump's response to the CIA revelations, first reported in The Washington Post on Dec. 9, has been to discredit the allegations, suggesting the CIA has a political motive, and reminding citizens that the agency was wrong about former Iraqi leader Saddam Hussein having weapons of mass destruction.

But Morell, who spent his career embedded in the federal intelligence community, categorically rejected Trump's claims.

"When [the CIA] says that it believes Russia was meddling in the election, that is not a political judgment, that is an objective, unbiased judgment, it's not based on politics or policy or anything else," Morell told The Cipher Brief.

While Morell admitted that the CIA was wrong about weapons of mass destruction in Iraq, he stressed that the agency actually has a high accuracy rate — a fact that the President-elect could confirm for himself, now that he has access to classified intelligence briefings. (Trump has reportedly declined to receive daily briefings, opting instead to receive weekly summaries of ongoing threats identified by federal intelligence and security agencies.)

Though Morell was a vocal supporter of Hillary Clinton's presidential bid, he's held positions in various departments of the federal agency, and worked under six different administrations — three Democratic and three Republican.

Since Morell is no longer a government employee, he stressed that his comments were those of a private citizen — though he undoubtedly has a better foundation to understand the historical importance of CIA action than the average citizen. As such, it's worth heeding his warning and taking the allegations that Russia interfered with our election seriously — which is exactly what the White House and a bipartisan group of U.S. Senators have set out to do with a series of congressional investigations.