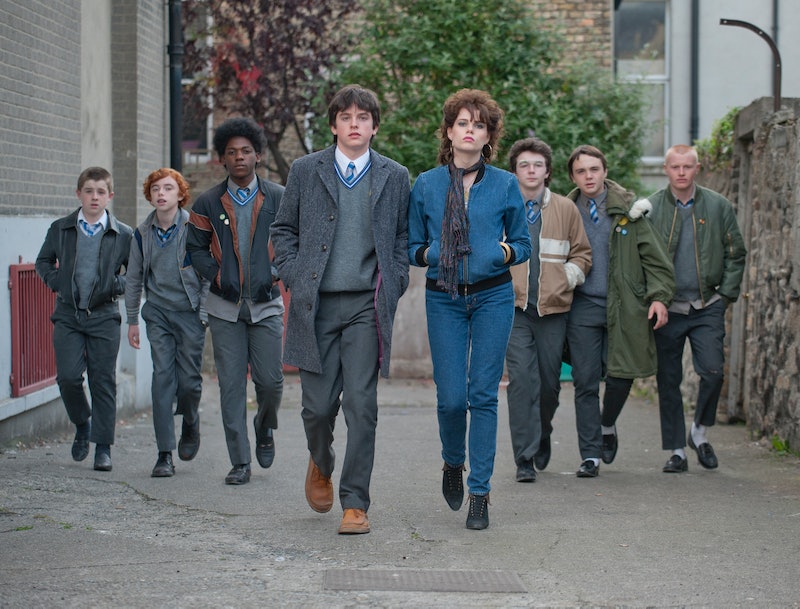 Not to discount the snubs and shock that did occur, but the 2017 Golden Globe nominations went mostly as expected when they were announced on Monday morning. La La Land earned the most nominations of the year, with fellow Oscar front-runners Moonlight and Manchester By The Sea close behind. Mel Gibson begins his comeback tour as the director of Hacksaw Ridge while heavyweight matches fill up the Lead Actor categories: Casey Affleck vs. Denzel Washington, Amy Adams vs. Natalie Portman. But if you look beyond the list of usual suspects, you will see some lesser-known Golden Globe nominees that you should see and that deserve just as much attention as their more high-profile cohorts.

By and large, these are films that either snuck in unexpectedly into unsettled categories, or benefited from the Golden Globes' inclusion of a separate Musical/Comedy category. This list automatically excludes any of the nominees for Best Picture, Drama (Hacksaw Ridge, Hell Or High Water, Lion), any film whose star is a frontrunner for an Acting award (Fences, Jackie), any film that stars Meryl Streep (Florence Foster Jenkins), and any film that's called La La Land.

We're going to hear enough about those movies come Oscar Sunday; in the meantime, here are nine of the more obscure Golden Globe nominees you should be sure to check out:

Who else is in it: Elle Fanning, Greta Gerwig, Billy Crudup

Why you should watch it: Four-time Oscar nominee Bening (The Kids Are All Right) is in the running to earn her fifth nomination for this indie dramedy about a single mother raising her son in 1979 SoCal. Her pink-haired co-star, indie darling Greta Gerwig (Frances Ha), is also in the conversation for Supporting Actress.

What it's nominated for: Best Actor, Drama: Viggo Mortensen

Who else is in it: Frank Langella, Kathryn Hahn, Steve Zahn

Why you should watch it: If you want a good cry, turn on this movie about a man forced to introduce his children to the real world after raising them off-the-grid when his wife succumbs to a sudden illness. Mortensen has been a long-shot for an Oscar nom for this role, but the fact that he nabbed a Golden Globe nom over Sully's Tom Hanks may vault him closer to the top of the list.

3. The Edge Of Seventeen

What it's nominated for: Best Actress, Musical or Comedy: Hailee Steinfeld

Who else is in it: Woody Harrelson, Kyra Sedgwick, Blake Jenner

Why you should watch it: Produced by Oscar heavyweight James L. Brooks (Terms Of Endearment, As Good As It Gets), this coming-of-age comedy stars Hailee Steinfeld (a former Oscar nominee for True Grit) as a teen suffering from depression. Bonus points for having been directed and written by a woman, Kelly Fremon Craig, still far too much of a rarity in this day and age.

Who else is in it: A bunch of French actors

Why you should watch it: Honestly, I can't say that you should; this movie's not for everyone. A blackly comic movie about a woman who is assaulted in her own home and decides to take matters into her own hands, "the French Meryl Streep" seems poised to nab her first Oscar nom for this tour-de-force performance.

What it's nominated for: Best Actor, Musical or Comedy: Colin Farrell

Who else is in it: Rachel Weisz, John C. Reilly, Ben Whishaw, Léa Seydoux, Olivia Colman

Why you should watch it: Do you like really strange indie pseudo-comedies in the vein of Her or Eternal Sunshine? Then this movie, in which single people are given 45 days in which to find a new partner lest they be turned into a literal animal, should be right up your alley.

6. My Life As A Zucchini

What it's nominated for: Best Animated Feature Film

Why you should watch it: This joint French-Swiss production premiered at the Cannes Film Festival, it boasts gorgeous stop-motion animation, it's about a young boy coping with his mother's death, and it currently has 100 percent on Rotten Tomatoes. What more do you need to know?

Who else is in it: Amy Adams, Jake Gyllenhaal, Michael Shannon, Armie Hammer, Isla Fisher

Why you should watch it: All three of the film's Golden Globe nominations were surprises, and its unexpected performance here makes it the film you're most likely to see pop up on Oscar Sunday. Plus, you've got Jake Gyllenhaal and Amy Adams playing twisted lovers in a layered story-within-a-story narrative directed by fashion designer-turned-filmmaker Tom Ford in his second film after 2009's acclaimed A Single Man.

What it's nominated for: Best Actress, Musical or Comedy: Lily Collins

Why you should watch it: Well, it's Hollywood legend Warren Beatty's first film role since 2001. If that alone isn't enough to entice you, there's the fact that he's playing Howard Hughes (the same man Leonardo DiCaprio played in The Aviator), it stars The Mortal Instruments' Lily Collins in her first real breakout role, and it features future young-Han-Solo himself, Alden Ehrenreich.

What it's nominated for: Best Picture, Musical or Comedy

Who's in it: Aidan Gillen, Maria Doyle Kennedy, Jack Reynor

Why you should watch it: Truly one of the most delightful movies of the year, this musical hails from Once and Begin Again director John Carney. This time, he's back on the streets of his native Dublin for a film about a boy in the '80s who starts a rock band with his friends in order to attract the attention of the girl next door. Trust me, it's worth it just for this incredible song, which deserves to be nominated at the Oscars right alongside the tunes of La La Land:

These films may not be able to compete with the top Oscar contenders this year, but that's no slight on their quality. Just because they won't win Best Picture doesn't mean they're not great, and who knows? One of them could end up being your favorite movie of the year — if only you give them a chance.

More like this
Taylor Swift Calls Dwayne Johnson "The Man" After Revealing New "Taylor's Version" Song
By Jake Viswanath
Yes, You Do Know The Song From The 'Black Panther: Wakanda Forever' Trailer
By El Hunt
Everything You Need To Know About ‘Black Panther: Wakanda Forever’
By Bustle Editors and Radhika Menon
Britney Spears Is About To Make Her Music Comeback With Elton John
By Jake Viswanath
Get Even More From Bustle — Sign Up For The Newsletter