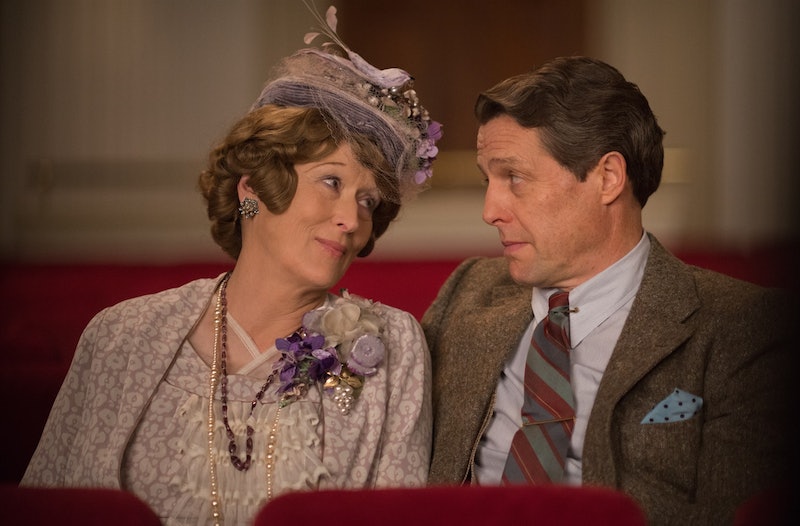 Hollywood can be a notoriously fickle place, and there's no time of year that proves it better than awards season, when a particular film or performer may find their fortunes suddenly rising or falling based on rave reviews, a savvy awards campaign, or a helpful nomination from a precursor ceremony. This latter example is precisely what took place this Monday morning, when the Hollywood Foreign Press Association announced the 2017 Golden Globe nominations — and several heavyweight Oscar contenders either found themselves helped or hurt by the Golden Globe nominations — or lack thereof.

To be fair, there is no overlap between the 90 voting members of the HFPA and the 7,000 voting members of the Academy of Motion Picture Arts and Sciences (the industry organization that decides the Oscars), so nothing that was announced this week will have any direct impact on the outcome of the Academy Awards. But good press and buzz means everything, and a Golden Globe nomination only makes an Oscar hopeful look even better in the eyes of voters. This year's crop of Golden Globe nominees not only confirms what we think we know about the presumed frontrunners; it also raises the profile of several dark horse contenders — and may have doomed some others.

Here's a dozen cases of which films and celebrities were the most helped — and the most hurt — by the Golden Globes:

For several months now, the three presumed frontrunners for Best Picture at the Oscars have been La La Land, Manchester By The Sea, and Moonlight — and the Golden Globes did very little to change that impression, with all three films earning nods in the crucial Picture, Director, Acting, and Screenplay categories.

In fact, for the past 10 years running, the eventual Best Picture Oscar winner first secured the trifecta of Picture-Director-Screenplay nods at the Golden Globes before clinching their Academy Award victory. (To break the pattern, you have to go all the way back to the 2006 ceremony, where the eventual Best Picture Oscar winner, Crash, wasn't even nominated for that honor at the Golden Globes.) So you can go ahead and assume that one of these three films will be your next Best Picture winner, and any other nominees in the category are just gravy.

But La La Land is beginning to inch ever so slightly ahead of the other two; hot off wins at the Critics' Choice Awards on Sunday night (at which it was both the most-nominated film of the evening and the Best Picture winner), the original movie musical is once again the most-nominated film at the ceremony, with seven nods to Moonlight's six and Manchester's five, even without the help of all the technical categories in which it will surely do well at the Oscars, like production design and cinematography.

On the other end of the spectrum, while La La Land and its 31-year-old director Damien Chazelle were busy sweeping up the most nominations, two veteran filmmakers were left out in the cold: Martin Scorsese and Clint Eastwood, whose awards season contenders (Silence and Sully, respectively) were completely shut out by the HFPA with not a single nomination between them. Of course, both directors are long-time favorites of the Academy, so their films' snubs won't necessarily be repeated at the Oscars; but this certainly slows their momentum heading into the Oscar voting period.

Ever since his last nomination — for 2000's Cast Away, a shocking gap of 16 years — Tom Hanks has struggled to break back into the Oscar race, with recent efforts like Saving Mr. Banks and Captain Phillips failing to secure him nods. For a while, it seemed like Sully might be the movie to finally break Hanks' curse, but with his snub at the Golden Globes, could it be the man who arguably stole his slot that makes it in instead?

Viggo Mortensen (a previous nominee for 2007's Eastern Promises) delivers a stellar performance in this indie dramedy, but he'll also have to compete with La La Land's Ryan Gosling (who is competing in the separate Musical or Comedy category at the Golden Globes) for that fifth spot. So while this surprise nomination doesn't secure Mortensen's Oscar success, it certainly doen't hurt.

However, the same can't be said for this singer-turned-actress, who earned strong reviews for her performances in a pair of awards season contenders, Moonlight and Hidden Figures. The Supporting Actress category is the most locked-up of the season, with Viola Davis (Fences), Naomie Harris (Moonlight), Nicole Kidman (Lion), and Michelle Williams (Manchester) presumably taking four of the five slots.

While conventional wisdom said that the fifth slot was a cage match between Monáe (for Hidden Figures) and young indie darling Greta Gerwig (for 20th Century Women), the Golden Globes surprised everyone by giving it to Octavia Spencer — also for Hidden Figures — instead. It looks like Monáe might have to yield this one to her Oscar-winning co-star and wait for her next chance to shine.

Another actress who appears in a pair of award hopefuls this year is five-time Oscar nominee Amy Adams, with the sci-fi film Arrival and this layered revenge thriller, the second film from fashion designer Tom Ford. The former was widely considered to be the stronger contender of the two, but Nocturnal Animals performed better than expected when it came to Golden Globe nods, earning surprise nominations for supporting cast member Aaron Taylor-Johnson (as the despicable villain) and two nods for Ford himself for his Directing and Screenplay. Will this literary adaptation end up higher on Oscar voters' lists than we thought?

Unfortunately, Nocturnal Animals seemed to succeed at the expense of the other Amy Adams vehicle of the season. While the film still earned nods for its score and Adams herself, it failed to crack into any categories that would have been helpful in building its momentum, like Screenplay, Director, or Picture. But while the Golden Globes only have room for five Best Drama contenders, the Oscars can have up to 10 Best Picture nominees; so hopefully they'll have room for a smart, trippy sci-fi film in the vein of previous nominees Inception and District 9.

It may not seem like Isabelle Huppert — sometimes referred to as "the French Meryl Streep" — needs much help getting an Oscar nod this year; after all, she has been racking up precursor nominations left and right for her performance in this darkly comedic thriller, including wins from the Gotham Awards, the New York Film Critics Circle, the Los Angeles Film Critics Association, and the San Francisco Film Critics Circle.

But critics are one thing and the Academy is another, and while it's not unheard of for performances in foreign language films to make their way into the Acting races (the last time it happened was Marion Cotillard for 2014's Two Days, One Night), it is undeniably rare. Additionally, the Best Actress category is particularly crowded this year, which means Huppert will need all the help she can get — like her Golden Globe nomination, for example.

If it's difficult for foreign language performances to crack the Acting categories, then it's even harder for young performers to make the grade. For every Quvenzhané Wallis (the 9-year-old Beasts Of The Southern Wild star who is the youngest Best Actress nominee of all time), there's a Jacob Tremblay (Brie Larson's 9-year-old Room co-star who failed to earn a Supporting Actor nomination just last year). In fact, there hasn't been a young performer nominated in the Supporting Actor category since 11-year-old Haley Joel Osment in 1999's The Sixth Sense.

So it was always going to be an uphill battle for 19-year-old Lucas Hedges to make it into the category alongside such heavyweights as 67-year-old Jeff Bridges. And while he took home the trophy for Best Young Actor/Actress at the Critics' Choice Awards this past weekend, his snub in this category at the Golden Globes won't do much to help his case with Oscar voters.

While "the French Meryl Streep" fights her way to her first Oscar nom, the actual Meryl Streep is gunning for her record-breaking 20th. (The record that would be broken is her own, of course.) And her movie — a biopic of an early 1900s New York City socialite who was notoriously the world's worst opera singer — got a huge boost from the Golden Globes thanks to nominations in the Best Comedy and Best Actress races (expected) as well as Best Actor for Hugh Grant and Best Supporting Actor for Simon Helberg (less expected). Will that strong showing help Queen Meryl secure a slot in the competitive Best Actress race?

In her own biopic about a beloved 20th century female icon, Natalie Portman (who just won Best Actress six years ago for Black Swan) is practically guaranteed a nomination for her performance as First Lady Jackie Kennedy. And while that won't change after her Critics' Choice Award victory and her Golden Globe nomination, prospects for the film in general are looking more dubious. Portman's nod is the film's sole nomination, with Jackie itself overlooked in the Picture, Director, and (most surprisingly) Score categories. While we could definitely use more female-centric films in the Best Picture race, it doesn't look like Jackie will be one of them.

Surprisingly, one of the people helped most by this year's Golden Globe nominations is also one of Hollywood's most controversial figures. Although he won Best Director and Picture for 1995's Braveheart, Mel Gibson has since fallen out of favor with the public, and his two directorial efforts since then — The Passion Of The Christ and Apocalypto — were largely ignored by awards ceremonies. But, two decades since William Wallace, it looks like voters might be ready to forgive — or at least forget, since they nominated Gibson for Best Director for his WWII drama Hacksaw Ridge, as well as its star Andrew Garfield and the film itself for Best Picture. Will the Academy feel as generous towards Gibson as the HFPA? Or are they still harboring a grudge? Stay tuned.

It appears that Gibson's surprise nomination came at the expense of another actor/director, Fence's Denzel Washington. To be fair, very few people have ever been nominated for both Best Director and Best Actor for the same film; it's a short list that includes the likes of Woody Allen, Laurence Olivier, and Clint Eastwood (twice). Washington is clearly hoping to join their storied ranks with this adaptation of the Broadway play that already won Tony Awards for him and co-star Viola Davis. But if the Golden Globes are any indication, that honor may sadly continue to evade him.

Will the Academy nominated Mel Gibson? Which Amy Adams contender will fare better? Will La La Land win Best Picture? Find out when the Oscar nominations are announced on Tuesday, Jan. 24 —and then when the 89th Academy Awards are broadcast on Sunday, Feb. 26.