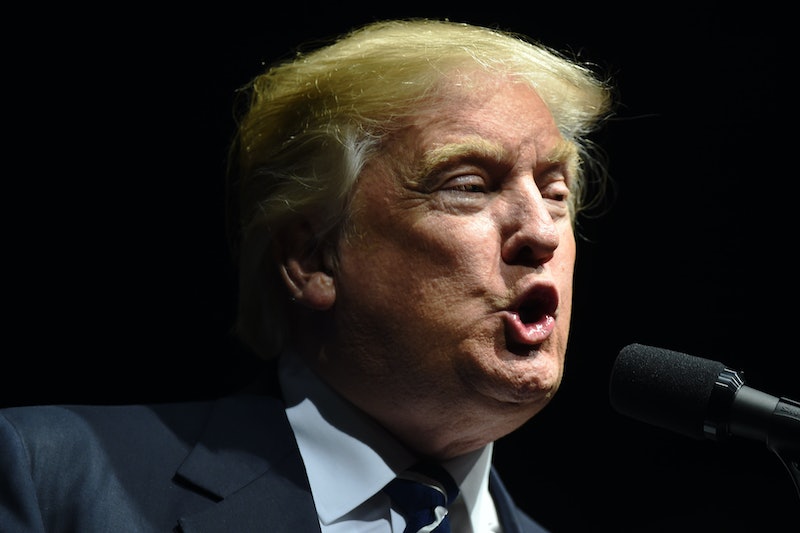 Ever since Donald Trump won the presidential election, questions have swirled surrounding his many business dealings, and how he'll manage them in the Oval Office. On Monday night, he finally gave an answer, sort of. On Twitter, Trump said he'll be leaving all of his businesses before he takes office in January, and that his sons Don and Eric will manage them in his absence.

"Even though I am not mandated by law to do so, I will be leaving my busineses [sic] before January 20th so that I can focus full time on the Presidency," Trump tweeted. "Two of my children, Don and Eric, plus executives, will manage them. No new deals will be done during my term(s) in office." He added that he'll be holding a press conference "in the near future" to talk more about his businesses and cabinet picks.

Trump had announced earlier that he'd be having a press conference about his businesses on December 15th, but according to Bloomberg, he postponed it to focus on filling out his cabinet and hiring other officials for his incoming administration. A new date hasn't yet been announced.

Although Trump is largely mum on the details of his business holdings, a Bloomberg analysis from July estimated his net worth to be $3 billion. Despite Trump's claim to the New York Times that "the president can't have a conflict of interest," many have nonetheless voiced concern about the prospect of Trump continuing to run his businesses while in the White House, as that could indeed create possible conflicts of interest between Trump the president and Trump the businessman.

Trump is not legally obligated to divest holdings of his that could potentially cause conflicts of interest. However, a section of the Constitution known as the Emoluments Clause forbids public officials from receiving gifts from foreign governments or foreign companies, and some Constitutional law scholars believe that Trump could run afoul of this in the White House if he isn't careful with how he manages his businesses. However, some experts don't believe the Emoluments Clause applies to the president.

Much of the reason for this ambiguity is that this situation — an active businessman worth billions of dollars becoming president — is simply unprecedented, and thus hasn't been subject to very much legal scrutiny. But you can bet the scrutiny will start shortly after Trump takes office in January.