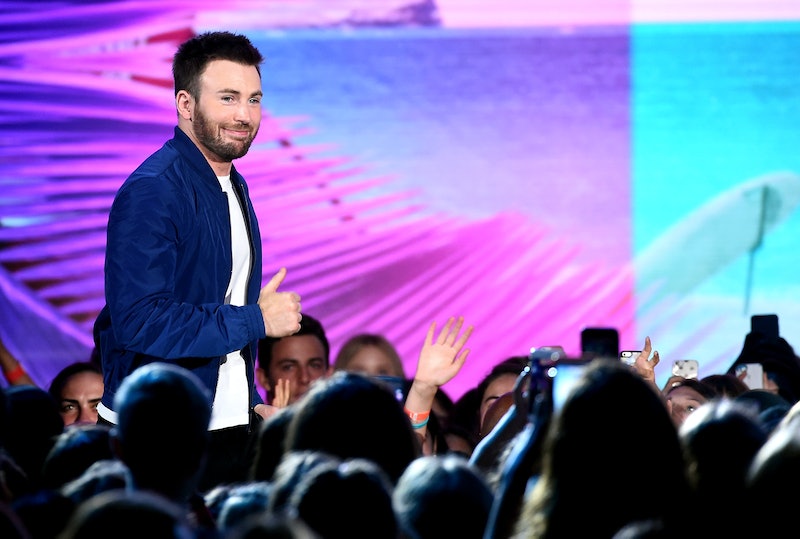 This is something that probably won't come as a surprise to anyone. Forbes has announced that Chris Evans is the best investment at the box office, meaning that his movies earn a lot of money based on his salary. This is quite an honor for Evans, whose name is now synonymous with Captain America, and it proves what most of us already knew: Evans is one of the best actors in Hollywood right now, and not because he's also incredibly easy on the eyes.

According to Forbes, Evans "returned an average $135.80 at the box office for every $1 he was paid," earning him the impressive first place on the list. According to the publication, the win is "thanks to his modest-paying titular roles in Marvel's top-grossing Captain America flicks." It looks as though the superhero is due a pay rise about now, and his impressive box office returns should guarantee him one.

But, as any true Evans fan knows, the actor is much more than his Captain America suit. Having recently directed the chilled out indie flick Before We Go, co-starring Alice Eve, it's clear that the world's most attractive man has a lot more going for him than one superhero costume. It's also clear, via his charity work and various tweets decrying the Trump administration, that he's a superhero offscreen as well as off.

According to The Guardian, "Evans was paid just $300,000 for Captain America: The First Avenger but saw his salary rise to an estimated $6.9 million for Avengers: Age of Ultron ." That the actor is finally being recognized for his extensive talents is satisfying for fans who have followed him since early on, including unforgettable turns in movies like The Nanny Diaries and What's Your Number?. And he isn't just a talented actor and the perfect box office investment. He's also a genuinely nice guy, and has been at his career cutest since he started dating Jenny Slate. He really is the complete package.

I wouldn't be surprised if Evans topped Forbes's list in 2017 too, but one thing is certain. He is winning in Hollywood right now, and it's high time his hard work and talent were finally recognized.