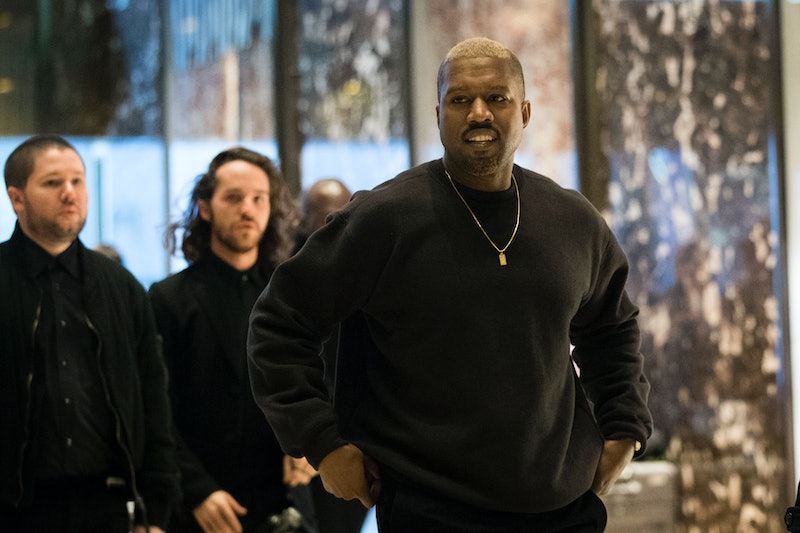 There are only a few weeks left in 2016, and it has been one of the most bizarre political years in recent memory. And after the country elected Donald Trump to be our nation's next president, things only promised to get more strange over the next four years. In an unexpected meeting, Kanye West visited Trump at Trump Tower in New York on Wednesday, and it was just another way that our president-elect was shamelessly distracting from the real news — you know, like his appointment of Rex Tillerson as Secretary of State, despite his strong business ties to Russia.

This Cabinet appointment came as a surprise to many, not only for the bipartisan criticism to come, but especially considering Trump was seemingly more likely to appoint his longtime supporter Rudy Giuliani or, more surprising but less controversial, Mitt Romney.

Trump has proven to be a president-elect who likes to keep people in suspense and who often makes decision that pack more shock value than, you know, political value for our country. Recognizing this, Trump accepted a meeting reportedly requested by Kanye West, which was clearly an attempt for our president-elect to distract from appointing yet another controversial person to his Cabinet.

And the video above shows just that. Trump and Kanye stood awkwardly in front of a group of reporters who peppered them with questions that, unsurprisingly, went largely unanswered. In fact, Kanye didn't speak at all until the end of the press questions, only to say that he simply wanted to take photos with Trump, and that was it.

It was the most obvious example of Trump's shameless attempt at hijacking the media's attention simply to distract from his controversial decisions. Kanye has previously said that if he had voted, which he didn't, he would've voted for Trump, so clearly the two have some sort of mutual admiration.

But when our president-elect argues that he's too busy (and too smart) for daily intelligence briefings, elects someone with controversial ties to Russia to his Cabinet, and postpones his highly-anticipated press conference announcing his necessary business divestments, all to meet with Kanye West for a few photo opportunities, you should recognize that this was all an attempt to distract you from the issues that really matter to the future of our country.