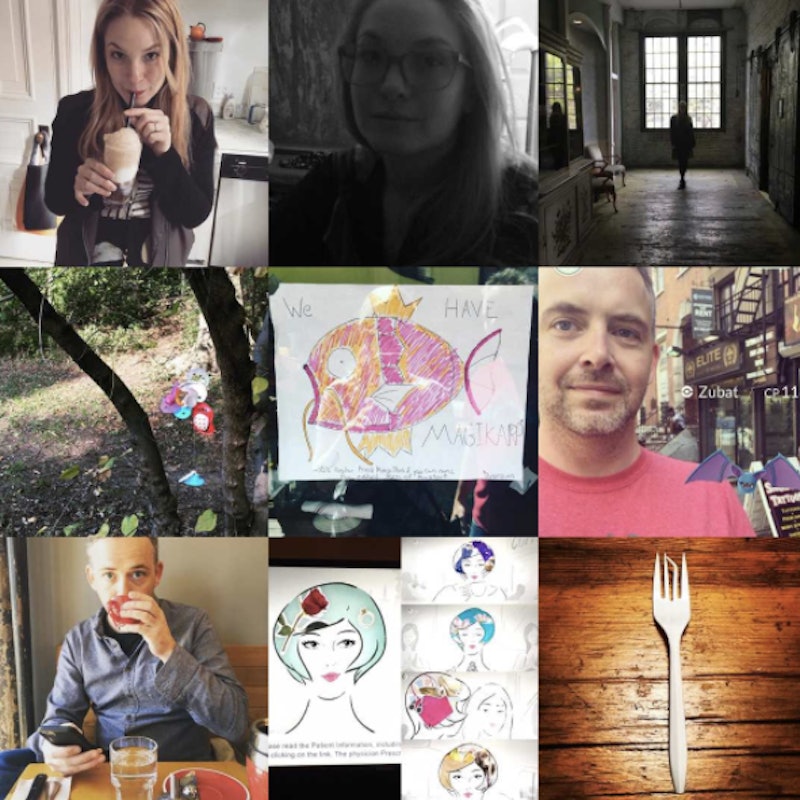 The "Instagram Best Nine" has become a sensation among end of year social media wrap-ups, trending on feeds even after we learned last year that it was actually marketing campaign for a dating app. However, not all users are satisfied with the photos determined by the algorithm, which begs the question: "Can you edit your Instagram Best Nine? The service, which sources Instagram users' nine most popular posts from the year and fits them into a sleek, shareable square, can make some pretty great collages. But as is usually the case with anything determined by an algorithm, just because a post received the most likes or comments does not mean that it fits the user's preferences, or reflects a moment they want to remember (like, say, a pic of you and your Ex. Ouch.).

2016 has been a rough year, so finishing it out in style feels important. Unfortunately, the algorithm that compiles your nine "best" photos searches for one thing, and one thing only: Which posts received the most overall likes in 2016. Unlike Facebook's Year In Review video, which can be customized by each user, Insta's nine picture square is not flexible (unless you're a Photoshop wizard). The website will not give you the opportunity to futz with the result — once you enter your public Instagram handle into the Best Nine webpage and hit "Get," your collage will spring forth Athena-like, fully formed and ready to be shared.

If you're feeling bummed that you can't sub in a personal fave that maybe didn't get a huge response on the 'gram, just remember that doing that would defeat the very purpose of the Best Nine. The Best Nine is a judgement by peers, not a personal expression of self. It is a tool to better judge your performance and social currency on Instagram — one of the reasons the program also generates the total number of "Likes" your posts have received in 2016.

By isolating your top trending posts and packaging them in an oh so Instagrammable square, users get a better overview of what types of posts have worked best for them, and are able to build a strategy for the following year.

Not withstanding these facts, do I wish I had a better Best Nine?

If I had my druthers, I would swap out all of my "Pokemon Go"-centric pics. I was fairly obsessed with the AR game over the summer, but in retrospect, my number of "Pokemon Go"-related social media posts borders on disturbing, and I would rather scrub that nostalgic episode from the record.

Ah well. We live, we learn.

If you feel that your Best Nine showing pales in comparison to others you might see floating around, take heart. Just because some people got engaged, bought a puppy, and spent a month learning to surf in Aruba doesn't mean they had a better year than you... right? It's best to take these "best nine" results with a grain of salt as the collage only shows you a smattering of what you posted on Instagram, not a sweeping overview of the year at large. What tends to trend best on Instagram (and hence, become your Best Nine) can be affected by a variety of factors including the use of trending hashtag, and the time of day you post. Selfies and nature photos will always do well on 'gram, so keep that in mind for next year.

OK, enough with the pep talk. Go out there and keep posting!