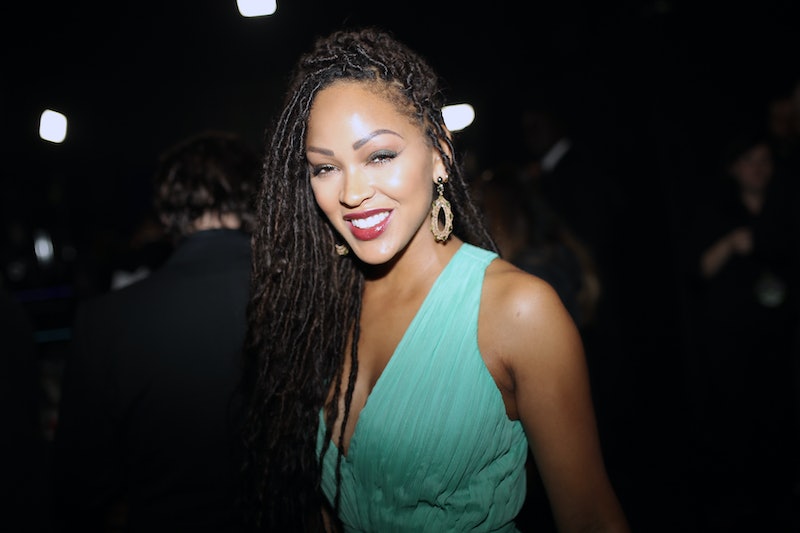 Pam Grier's role as the iconic Foxy Brown birthed a whole new breed of on-screen heroine in 1974. Over forty years later, audiences learned this iconic character will return to the screen, meaning an exciting wave of female empowerment is on the way. On Tuesday morning, The Wrap reported that a Hulu spin-off of Foxy Brown is in works with actor Meagan Good attached to it. Good confirmed the news on Twitter and the glory that is Foxy Brown will be experienced all over again.

In the blaxploitation film, Grier played Foxy, the "meanest chick in town" who sought revenge against drug dealers who killed her government-employed boyfriend. The film's original trailer described Foxy as "a chick with drive" and a woman who's "[g]ot guts. No ifs, ands, or buts." Rhyming aside, Foxy did kick some serious butt and became a symbol of black feminism. As gritty as her quest became, she did what she had to do, not only to avenge her lover's death, but protect her brother, and help women along the way. Her true fearlessness is what made her an instant icon, as a pioneer of African American women with such inspiring qualities on the big screen.

Foxy challenged men, used her sex appeal as power, and did what she had to do to accomplish her mission. Although the film and Grier's role was controversial upon its release due to the exploitation of African American stereotypes, the actor always stood by her role. "The 1970's was a time of freedom and women saying that they needed empowerment... All across the country, a lot of women were Foxy Brown and Coffy," she said. "They were independent, fighting to save their families, not accepting rape or being victimized... I just exemplified it, reflecting it to society."

Good has starred in projects including Think Like a Man, Minority Report, and Code Black. As The Wrap reported, the actor will also serve as a producer on the series (and she will crush it). Especially after the hardships of 2016, women have needed the return of this empowering role, and luckily, it's coming at the perfect time.

More like this
Naomi Osaka & Emma Raducanu’s Experiences Have Inspired A New Amazon Show
By El Hunt
What's New On Netflix: A Third '365 Days' Movie & Lili Reinhart’s New Film
By Arya Roshanian
What’s New On Netflix: 'Never Have I Ever' & 'Indian Matchmaking' Return
By Arya Roshanian
Everything To Know About The HBO Max & Discovery+ Streaming Service Merger
By Brad Witter
Get Even More From Bustle — Sign Up For The Newsletter