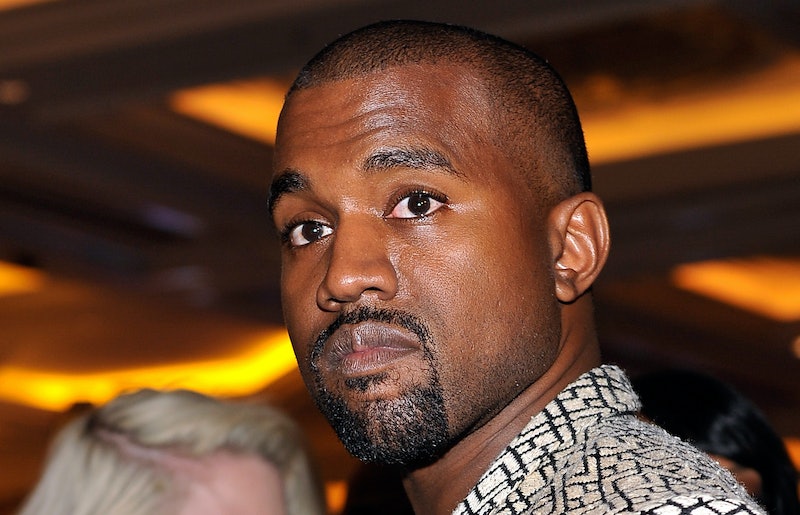 On Tuesday, Kanye West and Donald Trump surprised the world by holding a private meeting at Trump Tower in New York City. It confused and intrigued most everyone, but especially since many wanted to know what they discussed. Well, now everyone knows. Kanye West has explained his meeting with Trump on Twitter. "I wanted to meet with Trump today to discuss multicultural issues," the rapper tweeted Tuesday. "These issues included bullying, supporting teachers, modernizing curriculums, and violence in Chicago." He then added, "I feel it is important to have a direct line of communication with our future President if we truly want change."

Those tweets are well-explained, but it wouldn't be a Kanye West Twitter party without at least one confusing tweet, right? He ended his explanation with the following hashtag: "#2024." Yeah, that's only a little bit confusing. Does this mean West now plans to run for president in 2024, rather than 2020? Is he hoping all of the change he is striving for will happen in eight years? Is this his way of keeping fans on their toes for some major future announcement, whether that be a presidential campaign or new album?

Really, the hashtag could mean anything. Maybe he'll end up signing back onto Twitter to explain it at some point in time. Or, you know, just allow his followers to speculate.

Before The Life of Pablo artist's Twitter announcement, Trump and West spoke to reporters inside Trump Tower early Tuesday. According to the president-elect not only have they "been friends for a long time," but they "discussed life." The only thing West had to say at the time to reporters was, while standing next to Trump, "I just want to take a picture right now."

Trump's spokeswoman, Hope Hicks, also emailed The New York Times Tuesday about the meeting and said, "The meeting was requested by Kanye and we were delighted to host him." She added, "They had a very positive and productive conversation."

Well, it's good to finally know what their meeting was about and now everyone can strain their minds over "#2024." We all just might have to wait eight years to find out what it means.

More like this
Are John Legend & Kanye West Still Friends? The Singer’s Latest Update Is Candid
By Brad Witter
Kim Kardashian Pays Homage To Kanye West’s Fave Film In New Swimwear Pics
By Bustle Editors and Maxine Harrison
'Scream’s Courteney Cox Has Broken A Major Horror Record
By Sophie McEvoy
Jennifer Coolidge Needs 'Legally Blonde 3' To Happen So She Stops Getting Hot Dog Jokes
By Jake Viswanath
Get Even More From Bustle — Sign Up For The Newsletter