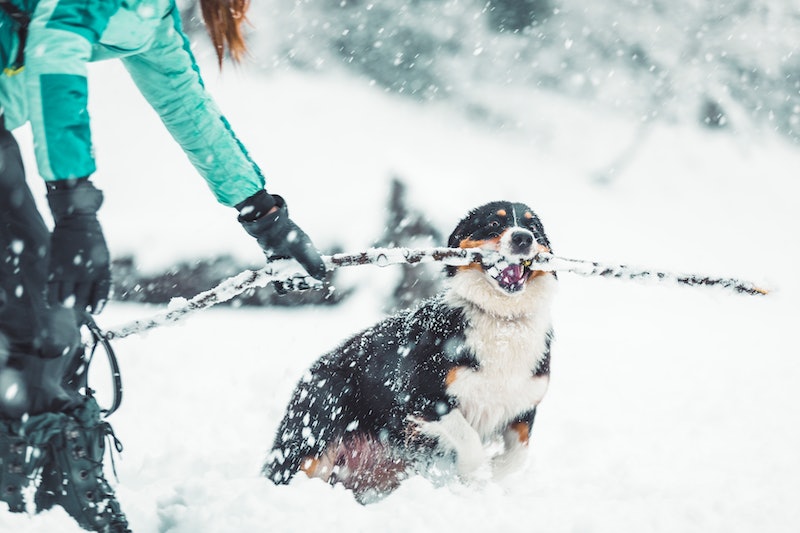 Further research shows that although the solstice means something a little bit different depending on where it is you're living, it does at least happen at the same time on the planet for everyone. The winter solstice for those of us in in the Northern Hemisphere is the longest night and shortest day of the year, according to Earthsky; as such, it's defined by a late dawn and an early sunset. We'll be experiencing this event on Dec. 21, in just about a week. However, if you're based in the Southern Hemisphere, it means the opposite: Dec. 21 is going to be your longest day and shortest night.

So, about that whole "happens at the same time for everyone" thing: The Dec. 21 solstice will occur at exactly the same instance for all of us everywhere on Earth, which is honestly pretty cool. It means we can celebrate it together all at once — unlike a lot of other celestial wonders where we have to wait our turn, depending on our geographical location. In 2016, the December 21 solstice will take place at 4:44 a.m. CST, which is 10:44 Universal Time. (Find your local time zone thanks to the converter here.) How is this possible, you might well ask? As Earthsky explains, a solstice is when "the sun on our sky’s dome reaches its farthest southward point for the year." That only happens once, hence the solstice happening at the same time for everyone.

The winter solstice is a pretty big celestial event which has held significance in ancient civilizations for thousands of years. For many pagans and new-age thinkers today, it is still celebrated in place of, or in addition to, Christmas Day; solstice celebrations are ancient traditions that span across various cultures and religions. The ancient Romans devoted a week of merriment and partying to mark this change in seasons, while in Ireland, a giant tomb called Newgrange (which is older than Stonehenge, FYI), was constructed in homage to the the event.

Even if you don't feel like celebrating the fact that we will be living through icy mornings and frosty nights for a few months to come, take a second or two to appreciate the beauty of the seasonal shift. That's something that can be done inside from the comfort of my one-piece, right?

More like this
15 Matching Halloween Costumes For You & Your Dog
By Kirsten Nunez
Why Experts Say Sleeping With A Fan On Isn’t Totally Risk-Free
By Sophie McEvoy
The 6 Best UV Umbrellas, According To A Dermatologist
By Rachael Green
The 8 Best Chew Bones For Puppies, According To A Vet
By Andrea Hannah
Get Even More From Bustle — Sign Up For The Newsletter