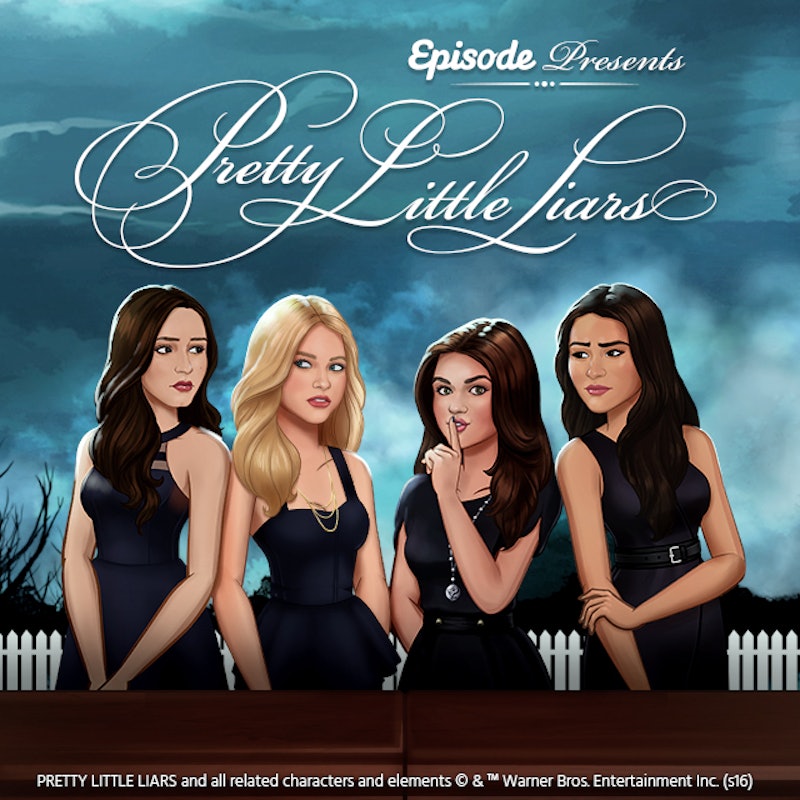 Did you ever want to become a Liar or at least hang out with Ali, Emily, Hanna, Aria, and Spencer? You finally can, but in not the way you're thinking. Thanks to Episode, a new Pretty Little Liars Episode story was released Wednesday, Dec. 14 and it's the perfect way for fans to celebrate the final season and interact with their favorite characters. The game is described as a "choice-driven story where the user can pick various paths throughout, which impact the story's progression." Basically, users enter Rosewood as their own character (you become a Liar!) and are immediately thrust into the mysteries of the town. How exciting is that?

To be clear, the story you enter is set during the first season of PLL. Even though it follows the first season, like that infamous barn scene, it features a brand new story around a character you yourself creates. So for die-hard fans, you won't get bored and you will be on the edge of your seat wanting to know what happens next. What makes it even more thrilling is that players get to choose their path, which also affects how the story unfolds.

The PLL Episode story is definitely something fans will enjoy. It certainly brings back great memories of when all of the secrets of the series were just beginning. Plus, now you'll finally (sort of) know what it's like to hangout with these five ladies of Rosewood.

Here are a few teasers from the game and what you can expect from it. Warning: It's addictive.

Trust me, that's not a warm welcome.

There Is A Mysterious Locket

This belongs to your character. Hmm...

You Get To Choose Your "Look"

You can be whoever you want.

Somewhat similar to how I look.

The Mystery Involves Your "Dad"

And he's the chief of police!

She's even wearing that yellow top.

You Can Choose Your Name

I went with my real name.

You End Up At The Barn

Only bad things happen in there, right?

You Get To Meet The Other Liars

You Also Get To Stand Up To Ali

The Story Is Inclusive

You Get To Tell Your Own Story

I chose photography, which means Aria and I are destined to be BFFs.

And you can choose to wake up the girls or go search for Ali, because she is the only one gone. I chose to wake them up.

The Locket Comes Back Into Play

It's only the chain! Where did the locket go?

The above images are only from "Episode 1." Once you finish that episode, you get to move onto "Episode 2," which has even more mysteries in store.

If you want to partake in the PLL Episode story, be sure to download the Episode app, which is available through the App Store for iPhone, iPad, and iPod Touch and also on Google Play for Android devices.