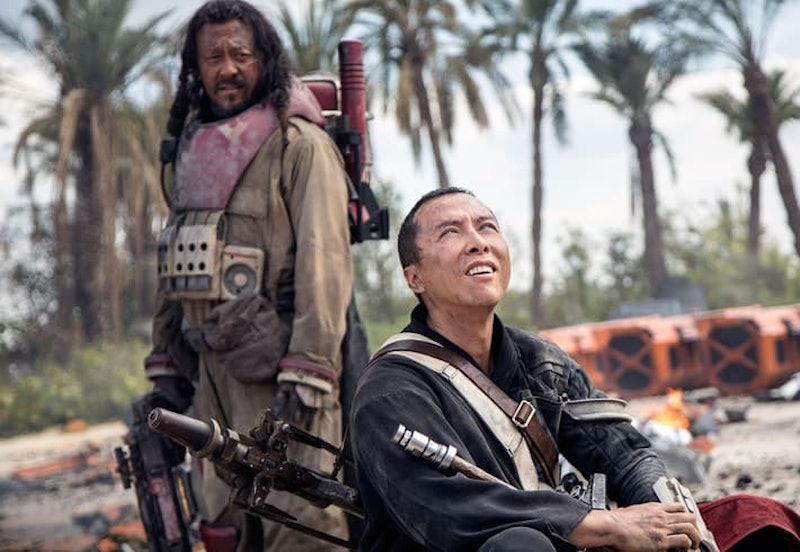 Star Wars is a religion. And although you may be thinking that I'm just using hyperbole here to describe how rabid the franchise's fanbase is — it is arguably the most popular film series ever — I'm speaking in literal terms. There is actually a "Jedi Church" that has come out of the film's mythology, based upon the movies' concept of "The Force" that binds everything in the universe together. There's even a trend in some countries where thousands of people will mark "Jedi" as their religion when taking a census. It's hard to say how many of them are serious, but it's clear The Force has had an impact on people's lives. But how does The Force work in Star Wars?

The Force is an energy created by all living things that is present throughout the universe. It surrounds everything and is a part of everything, and people who understand it are able to manipulate it through the use of supernatural powers like telekinesis, hypnosis, and electrical energy blasts. Contrary to popular belief, one does not have to be a Jedi to use The Force. This has always been the case, as the villainous Sith (who are not Jedi), like Emperor Palpatine, have been utilizing the dark side of The Force since the original trilogy. And in the newest Star Wars adventure, Rogue One, some people who are neither Jedi nor Sith are able to use The Force. So what gives?

In order to use The Force, one must first be Force-sensitive. Not everyone is; it's just something you're born with. Luke Skywalker was born with exceptional Force sensitivity, which is why his training allowed him to become a Jedi master. The prequels expanded on this idea and tried to explain Force sensitivity by introducing Midi-chlorians: microscopic life forms that are present in the blood stream of all living things. If someone has an especially high Midi-chlorian count in their blood, then he or she is able to tap into The Force. Take a look at Rey from The Force Awakens . After she realized she could access The Force, and after she received just a tiny bit of instruction on how to do so, she quickly became very adept at using it. Although she's not a Jedi (at least not yet), she appears to be highly Force sensitive. Her blood must be just overflowing with Midi-chlorians.

In the religion of Star Wars, The Force is omnipresent and all-encompassing. And if you're one of those special people who is able to tap into it, then it can really help you out of a jam, as fans have seen time and time again.