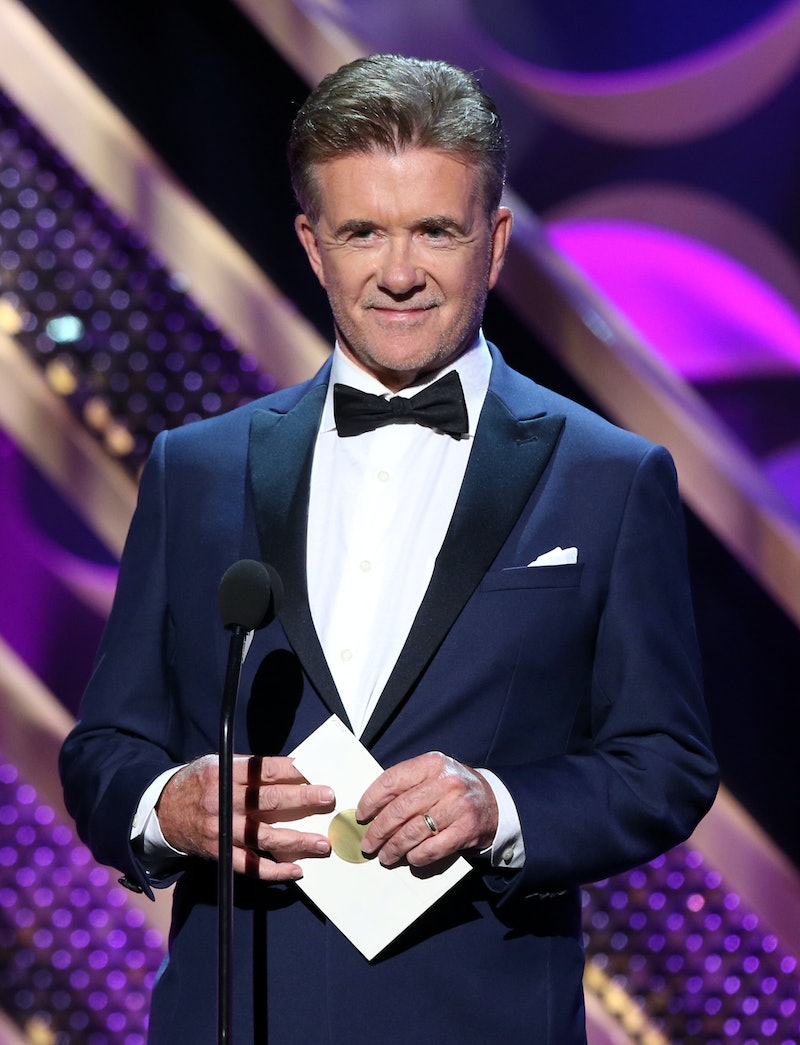 News of actor Alan Thicke's sudden death on Tuesday saddened many '80s and '90s TV fans, who remembered Thicke as the congenial father on Growing Pains. For seven seasons, Thicke played Dr. Jason Seaver, father to four children and, at one point, an unrelated teen in need. It was perhaps the actor's — and real-life dad's — most memorable on-screen role, and one Thicke moment on Growing Pains in particular points to his place in TV dad history.

In the clip, Thicke walks through the front door of the Seaver family home to find his young son on the couch reading. The "I don't ask you to do much around here, but when I do, I expect it to get done," line absolutely screams TV (and real life) dad. But as it turns out, it's not a typical chore that Thicke expects from his on-screen son. Rather, he invites the youngster to join him in a dance — a choreographed routine to "Midnight Train to Georgia" by Gladys Knight & The Pips. In this instance, Thicke and his TV son are the Pips, a reference that is lost on young Ben — and, perhaps, on some viewers of the show's reruns today.

As a TV dad in the late '80s and early '90s, Thicke was in some popular company. There was Bob Saget (a.k.a. Danny Tanner) of Full House and Tim Allen (a.k.a. Tim Taylor) of Home Improvement, to name a couple. Coincidentally, Thicke recently stepped into one of his fellow TV dads' domains when he appeared on an episode of Fuller House , the reboot of Saget's classic sit-com, in 2016.

Thicke died unexpectedly on Tuesday after suffering a heart attack. He will go down in history as one of the most memorable TV dads of his era, but he'll also be remembered for his real-life role as a father to three sons. His middle son is singer and songwriter Robin Thicke. In the early '90s, Thicke helped Robin find his start in the entertainment business by hooking him up with a spot in a Growing Pains episode. Robin wrote and performed a song for the episode, and he told Entertainment Tonight at the time, "I'm doing the best I can, and my dad is helping me out a lot right now."

As tragic as his passing is, it seems fitting that Thicke spent Tuesday in the fatherly role he's best known for. According to TMZ, Thicke suffered his heart attack while playing ice hockey with his youngest son, Carter. His on-screen and off-screen families, as well as fans, will mourn the loss of a familiar father figure.