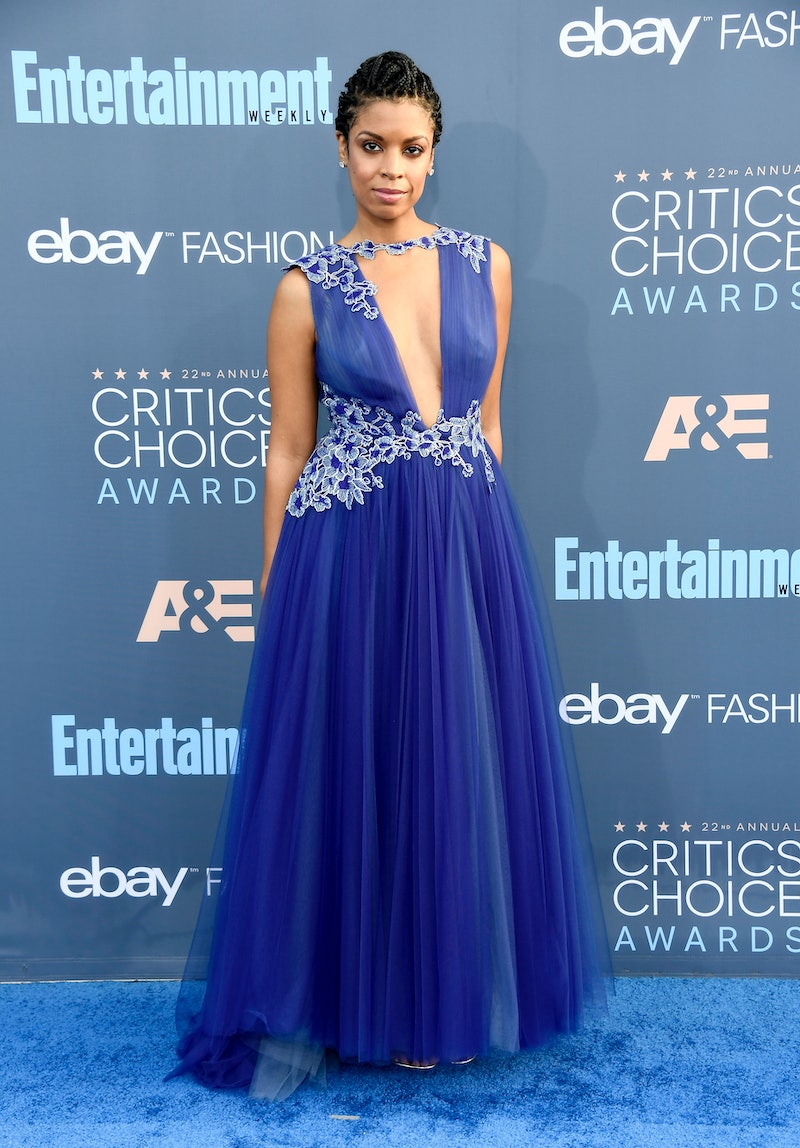 2016 has been a tumultuous, difficult, and exhausting year for the world and particularly for America. People look to entertainment as escapism to briefly vacate the challenging realities of everyday life. It seems that's been an aid this year more than ever. That said, the shows and films people watch as a short vacation don't always have to be bright and cheery. They can be cathartic, moving, and emotional, as proven by the new NBC hit This Is Us . The critically-acclaimed show continues to get massive attention, with a Critics' Choice win and a handful of Golden Globe nominations, just a few months after premiering in September. Susan Kelechi Watson, who plays Beth, sees how its release has been perfect timing in fitting into the bigger picture.

The pure love between Beth and her husband Randall (Sterling K. Brown) gives fans hope in itself. When dealing with the unexpected arrival of Randall's sick, biological father (Ron Cephas Jones), they remain a unit, keeping their family and two daughters strong. Throughout the hardships, love is at the core, and that's something people need to see right now. "It was a tough year I think, for a lot of us, politically, socially. The world has been in a rocky place for a while," says Watson. But beyond Beth and Randall's inspiring relationship, the show preaches the power of larger unity.

In wake of the 2016 election, the country's current divide is history-making, and people feel it on a daily basis. Thus, watching characters from different walks of life and seeing them put their differences aside to overcome struggles is so impactful. At the Critics' Choice Awards red carpet, the actor takes a moment to reflect on how moving the show is in that aspect. "This Is Us has meant putting something that I feel good about and proud of into the world amidst things that have been tough," she explains. "I have to recognize this show happened amongst other things happening. Just appreciating it for what it is and knowing that it’s happening in the right moment," says the actor.

Hopefully, fans will continue to take away feelings of unity and hope amidst the turmoil, leaving them inspired to move forward. "It’s gonna be a tough adjustment I think. 2016 has been a mixed blessing in a lot of ways. But a blessing, nonetheless," she says.

Watson still has to pinch herself to realize she's part of such an influential project. "I try to believe it a little more everyday," she says with a smile. "There’s a little bubble I’m still in, it hasn’t completely popped yet." She explains that she tries to block out the fan noise (which is loud, as the show trends nearly every Tuesday evening when it airs) to stay focused on the work and its meaning.

The show allows to actor to make huge strides personally and professionally as well. Fans may recognize her from roles on shows like Louie and The Blacklist, but this one truly takes Watson to the next level, as she even appeared on her first talk show earlier this month. And it's clear all of this makes her full of joy.

"I’ve taken some time to enjoy it, I will admit that," she says. I see her look down the chaotic red carpet, absorbing all the show has brought to her life. "This is a moment, I’m looking down at all these cameras and every part of this, I’m taking it in."

Watson feels the show's power, personally and on a larger scale. And that's the beauty of show business.

More like this
Every Horror Movie Reference In The 'PLL: Original Sin' Premiere
By Alyssa Lapid
Lisa Kudrow Explained How Her Body Image Changed While Filming 'Friends'
By Grace Wehniainen
Miranda Cosgrove Reacts To Jennette McCurdy’s Shocking ‘iCarly’ Revelations
By Grace Wehniainen
An Ultimate Guide To The Music Of 'Rap Sh!t'
By Brad Witter
Get Even More From Bustle — Sign Up For The Newsletter