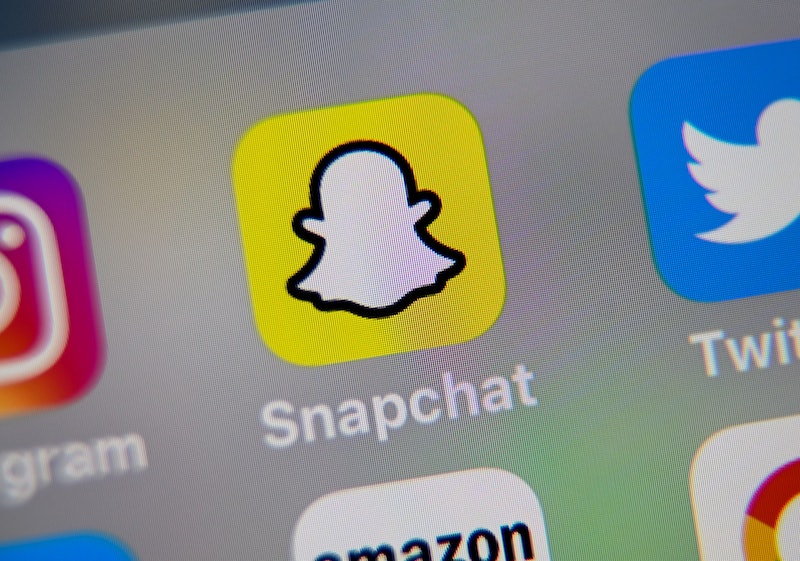 On Tuesday, Dec. 13, Snapchat released a major update, introducing a group chatting feature (finally!) as well as two new creative tools: Scissors and Paintbrush. Most of the features are working flawlessly, but you might be also asking right about now, “Why don't I have Snapchat Scissors yet?” Snapchat describes Scissors, which promises to be one of the coolest new tools since face-swapping became a thing, as an easy way to copy and paste images in your Snaps. Simply tap on the Scissor icon in the upper right hand corner (it's alongside the “stickers” tool), and use your finger to highlight anything on your snap to cut it out and make it a sticker. The stickers you create via scissors are automatically saved in your stickers folder to be used as many times as you please. Sounds amazing, right? But what would be even better, of course, is if everyone could access it. (Bustle has reached out to Snap Inc. for comment.)

Because that's the thing: Even after the official release, quite a few Snappers have hit some roadblocks when attempting to test out the creative tool. If you don't see the little scissor icon in the upper right hand corner of your screen... well, to quote Good Will Hunting, "It's not your fault, it's not your fault!" It does, however, mean that you don't yet have access to the tool. It's not a glitch, though, so at least there's that; it's just rolling out slowly, according to Snapchat's Twitter account. We just all have to be patient.

This, by the way, is what to look for in order to tell whether or not you have Scissors yet:

If not having this cool new tool is making you feel like a sad face emoji, the Snapchat Support Twitter account has been super helpful and quick to respond to users' queries about the new features. Usually it's some variation of this message:

While this "slow roll out" business may be a tiny bit annoying, to the seasoned tech enthusiast, it's by no means unexpected or uncommon. Many companies tend to release information about the latest update, then roll out new features gradually. Both Instagram and Facebook do it with some regularity, for example: When Instagram Stories debuted in August, it took weeks for some users to access the upgrade; and oh, how long we waited for those new Faceook Messenger emoji! I have to assume that rolling out something globally for iOS and Android takes a lot of work, though. As such, it makes total sense that the apps would want to release all the deets about the update early, so everyone will understand what's happening to their phones when the features do finally become available.

I know it's hard to be patient, but most of the time we just don't have a choice. And trust me, it'll be worth the wait:

So what can you do now while you wait for these features to arrive? If you haven't already, check to see if you are running the current version of Snapchat (version 9.45.0.0). Update the app, and if the Scissor icon still does not appear in your toolbar, you'll jut have to wait a little longer. Now, if you'd excuse me, I'm going to practice a little cut and paste... Oh, sorry, was that insensitive?