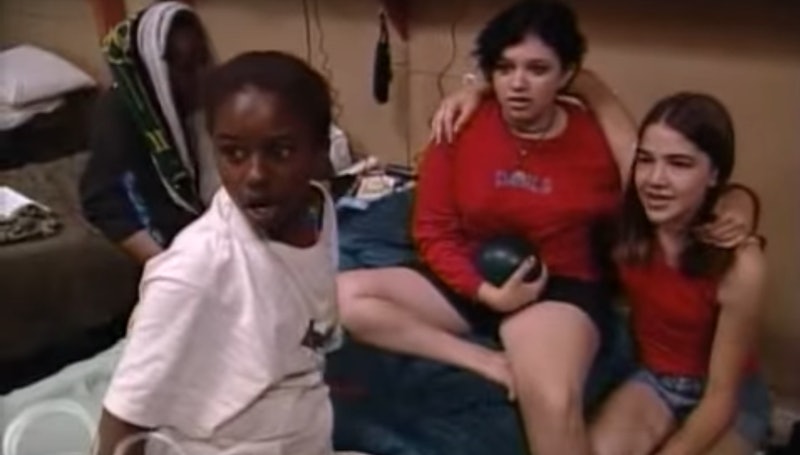 Growing up, I felt eternally privileged to be able to enjoy TV channels with programming made just for kids. And though I adored Nickelodeon, there was one Disney Channel show which truly made me feel understood more than any other. Showing the everyday happenings that actually took place at a real summer camp, I thought that children's reality series Bug Juice was the best Disney Channel show ever. It was a show which portrayed kids with honesty and humility, and which didn't seek to preach to or patronize its young audience in the process. By simply filming the kids of Camp Waziyatah, Bug Juice managed to provide a raw glimpse of what actually mattered to children as they enjoyed and struggled with the universal changes of growing up. I'd argue Bug Juice is the one Disney Chanel show that doesn't get the recognition it deserves.

Everything from friendships, cliques, bullying, ambitions, romance, and even the universal hatred of swimming in a cold, dirty lake were covered by the show, and it felt absolutely vital to me as a child. Because I never had the opportunity to go to summer camp myself, I lived vicariously through the fun and drama of Bug Juice, and I'm sure I wasn't the only one. Looking back on the show now, it's clear to me that Bug Juice was a groundbreaking piece of television, and one which definitely deserves more love than it actually receives.

One of the most crucial things about Bug Juice worth celebrating is that it took the children, their lives, and their experiences seriously. By doing so, the show's young audience also felt like they mattered. Nothing was ever made to look petty or even ridiculed in the show. Instead, all moments of drama and joy were framed with the same level of importance — a first kiss was just as exciting as the moment a young girl performed her first poem to an audience, just as the consequences of harmful gossip were as heartbreaking as a kid failing to climb the local trail.

No matter how big or small, these were all experiences kids could relate to in some way. And to me, they all felt beyond important, as though watching these minor and major victories and failures validated my own.

Bug Juice was also incredible for how it provided an equal platform to both the girls and the boys of camp. It was truly gratifying to see the experiences of young women given the same prominence as those of young men (as it should be, but often isn't), but it was also fascinating to have some insight on how boys my age actually thought and talked when they were alone.

Watching Bug Juice often made me feel as though I was right there in the boys' camp, undercover, gathering vital intel that I could share with my girlfriends back at school. It was a relief, for instance, to discover that boys did have at least some interest in love and romance, even if it wasn't something they spent too much time (if any, really) agonizing over. There was also a comfort in seeing the young women of Bug Juice hopelessly trying to couple up with boys who clearly had no idea what was happening.

Witnessing those first, flustered attempts at romance as an outsider gave me an instant confidence, as Bug Juice proved that it truly wasn't the end of the world if a boy rebuked your affections, or simply didn't notice you in that way. At Camp Waziyatah, you let yourself cry, you blew your nose, and then you simply moved on to bigger and better things more worthy of your time.

However, the show also repeatedly proved that it was cool to simply have no interest in boys at all, and to grow up at your speed and to cultivate your own distinct interests. Even if those interests marked you as outwardly different from the rest of your friends, it didn't make you any less important or fascinating.

And that's something which Bug Juice presented perfectly. Though the show would often come back to the obvious romantic sparks that will inevitably occur when you bring a gang of young girls together with a gang of young boys, it ultimately celebrated the powerful endurance of friendship and the importance of self-discovery. Bug Juice had a knack for showing kids starting the camp at one specific stage in their lives, and leaving at a completely different one.

What both Bug Juice and Camp Waziyatah gave children was insight on their own personal growth. It was a show (and a summer camp) which believed in the intelligence, capabilities, and talents of children, and that was an empowering notion for kids to see reflected in what was essentially just a fun piece of entertainment. And sure, it was — and still is — beloved by fans like me, but I sincerely believe Bug Juice deserves to remembered beyond that.

This wasn't just the best show ever for its fun and frolics, but also as a show which encouraged self-confidence, discovery, and adventure in its audience. And that's something I'm eternally thankful for getting to enjoy. Camp Waziyatah forever, guys.