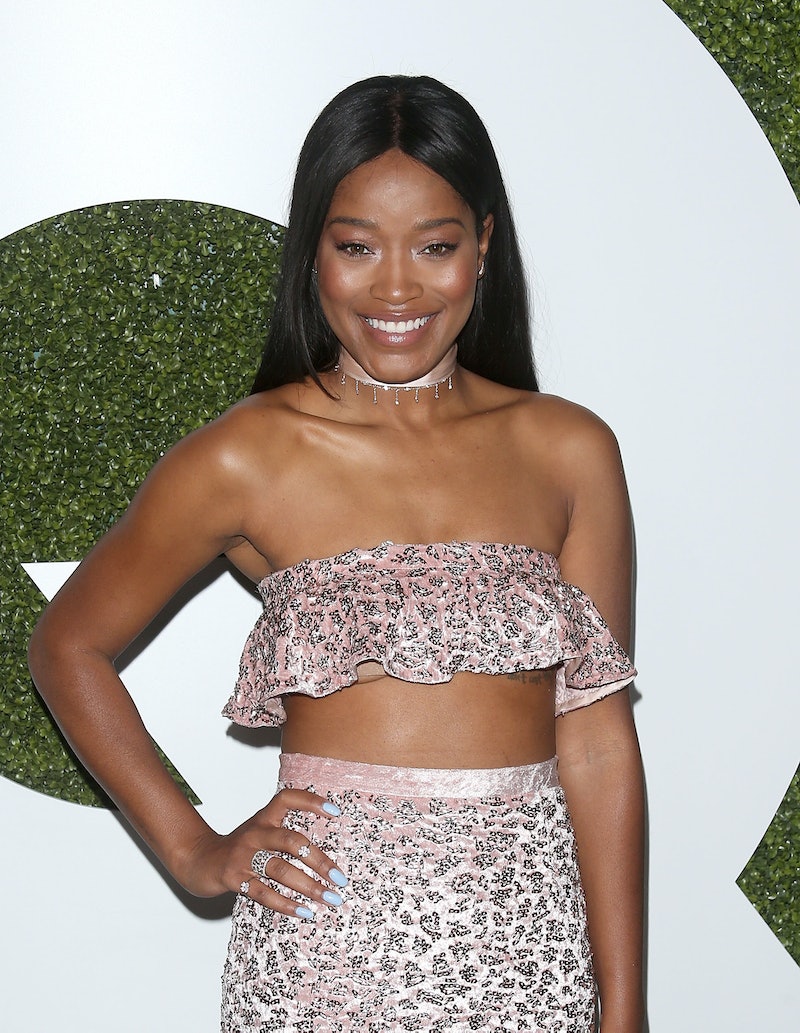 Leave it to fashion risk taker Keke Palmer to rock the coolest pants imaginable on the streets of New York City. What made Palmer’s pants so cool? None other than Leo DiCaprio himself. Keke Palmer’s Leo DiCaprio pants featured dozens of pictures of a '90s DiCaprio, and the overall effect was pretty epic.

According to People Magazine, the 23-year-old actor, singer, and style star sported a patent leather two-piece in NYC on Dec. 16. The outfit of note consisted of a crop top with the word “Capulet” emblazoned across the back and a pair of wide leg trousers embellished with red roses and DiCaprio's face. Palmer further accessorized her 1996 Romeo + Juliet inspired outfit with a thick pearl choker and rose colored tresses which she wore styled in a pony tail high atop her head.

Palmer's style has been on a roll this week (BET reported that she worr three outfits in one day recently), so it's no surprise that she nailed yet another street style outfit. And while Palmer has sported some iconic outfits in the past, this '90s Romeo + Juliet inspired outfit takes the cake.

Palmer's latest outfit further proves that she is a must watch style star. From DiCaprio themed clothes to slinky slip dresses to off-the-runway looks, Palmer is quickly approaching fashion icon status. And of course, these pants are legends unto themselves.