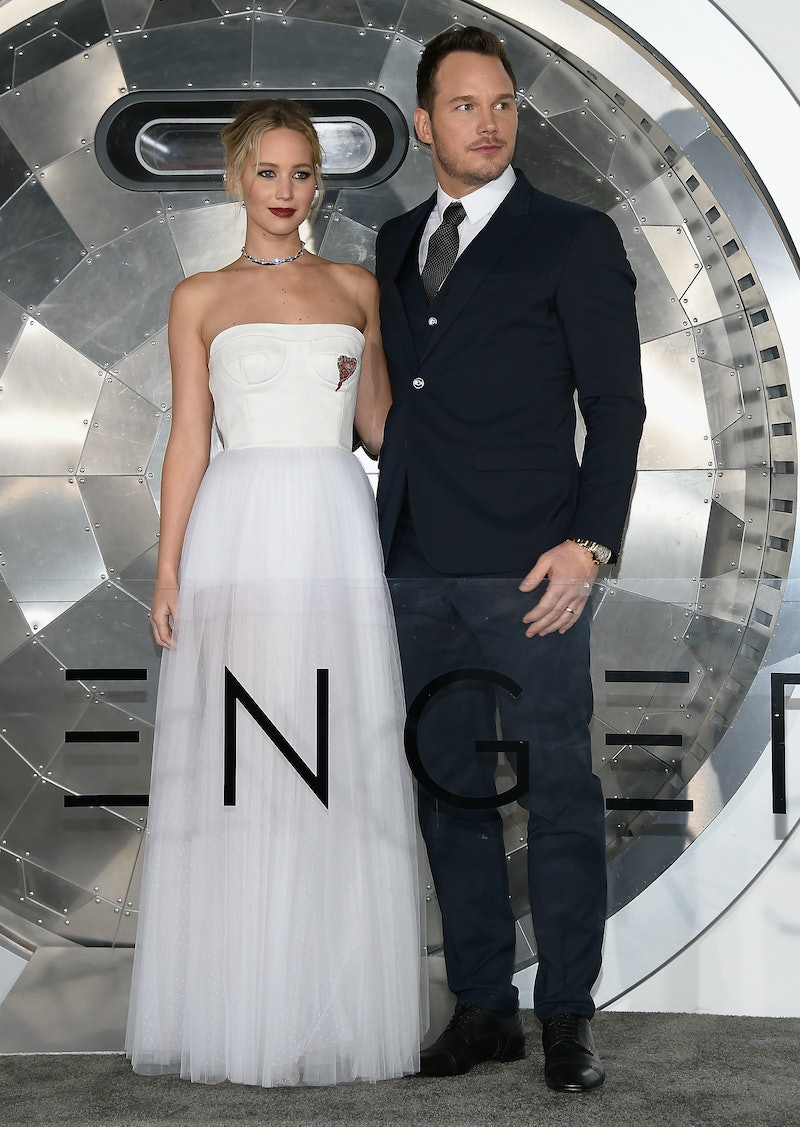 Chris Pratt and Jennifer Lawrence star together in the sci-fi film Passengers, currently in theaters. Their chemistry on-screen as passengers Jim and Aurora — and resulting off-screen friendship — has been delightful, yielding witty banter and hilarious pranks between Pratt and Lawrence. Could there be more movies starring the two of them in the future? Well, Lawrence said she wants to be in Guardians of The Galaxy with Pratt, according to an MTV video interview from the Passengers press junket. Talk about taking your Hollywood friendship to the next level.

And not only does J. Law want to be in GOTG, but she said she'd like to bring her X-Men villain Mystique to the other Marvel franchise. When asked about joining Pratt in Guardians of the Galaxy, Lawrence told the interviewer, "I would love to. I would choose that over doing another X-Men movie maybe." Then, the Oscar-winning actor specified who she'd like to play in the GOTG universe. "I won’t be Mystique in the X-Men movies, but I would love to be Mystique in Guardians of the Galaxy. I wonder if I could do that." Pratt, who was sitting next to her, immediately approved the superhero crossover. “It just happened," he said jokingly, shaking her hand. "This is a binding legal contract."

The potential of this crossover is amazing — imagine all the one-liners Rocket would have about Mystique. And would Gamora be green with envy, if the Star Lord has unexpected chemistry with the blue villain? While such a crossover would be awesome, it might not ever happen, due to licensing issues. Both X-Men and Guardians of the Galaxy are Marvel Comics properties, but they are separate in their licensing, which means the mutants and Marvel Cinematic Universe superheros may not meet at the movies, according to The Independent.

But hey, you never know — maybe there will be a Mystique cameo in the future. Or perhaps J. Law can show up as another blue villain in GOTG, or just another character entirely. All I know is that the Oscar winner would definitely be a welcome addition to the Guardians of the Galaxy franchise — and Pratt agrees in the video below.