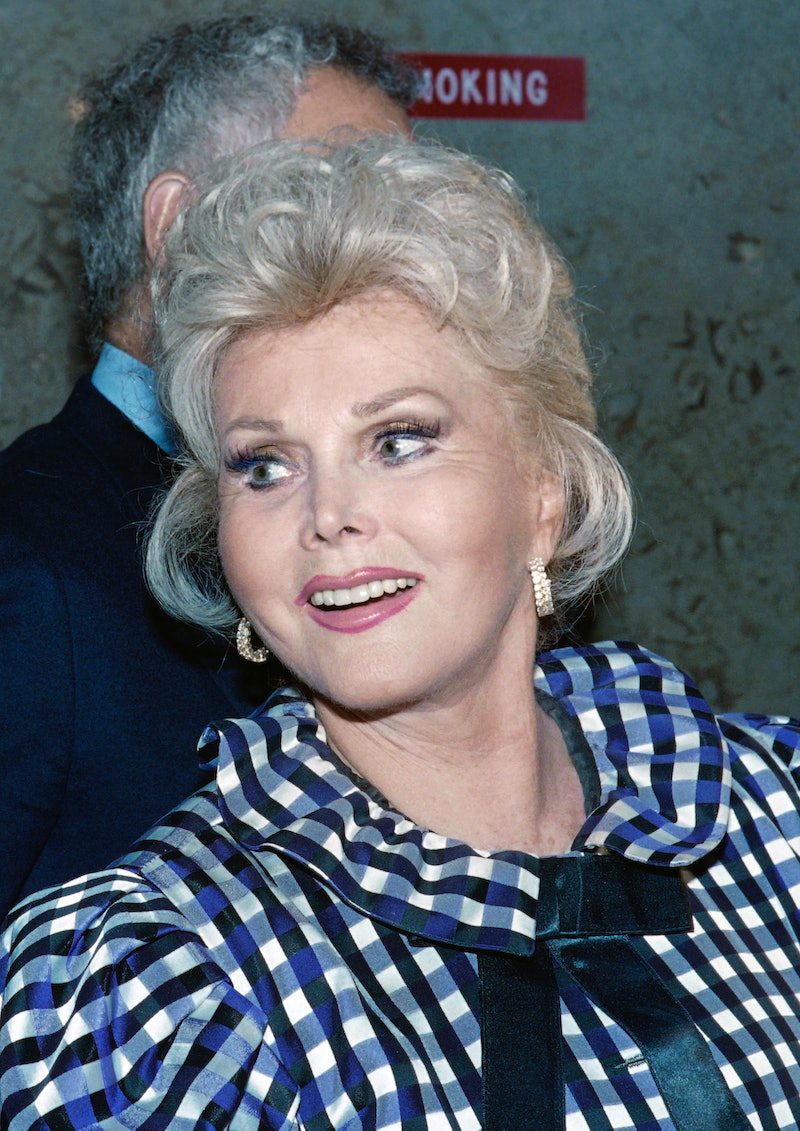 On Sunday, Variety confirmed that legendary Hollywood actor Zsa Zsa Gabor had died at age 99. The star has appeared in movies such as Moulin Rouge, the Orson Welles classic Touch of Evil, and Queen of Outer Space, to name a few. How did Zsa Zsa Gabor die? According to Variety, her publicist Ed Lozzi confirmed her passing at home in Los Angeles on Dec. 18 and that she had been on life support for the past five years. TMZ has reported that Gabor died of a heart attack, but it has not yet been confirmed. The actor would have turned 100 in February 2017.

The socialite became famous in Hollywood for mostly playing herself in movies, speaking in her trademark accent and delivering one-liners about her jewelry and nine ex-husbands. She made her feature film debut in the 1952 movie Lovely To Look At. She lived a long accomplished life with many credits to her name, but in recent years, her health began to deteriorate. According to Variety, Gabor became wheelchair-bound after a 2002 car accident, she suffered a stroke in 2005, and she broke her hip in 2010. Variety reported that her leg had been amputated as well.

Born in Hungary as Sari Gabor in 1917, she was crowned as Miss Hungary in 1936 and decided to give Hollywood a go, following her sister Eva to Los Angeles. In addition to films, Gabor also appeared on many TV shows, such as The Red Skelton Hour, Playhouse 90, Matinee Theater, Batman, Bonanza, and The Facts Of Life. She also made an appearance on the soap opera As The World Turns in 1981.

The socialite was also known for her many of her quotables, such as "I never hated a man enough to give him his diamonds back," and “Every time I divorce a man, I keep the house.”

It is sad to have to say goodbye to such an accomplished Hollywood legend.