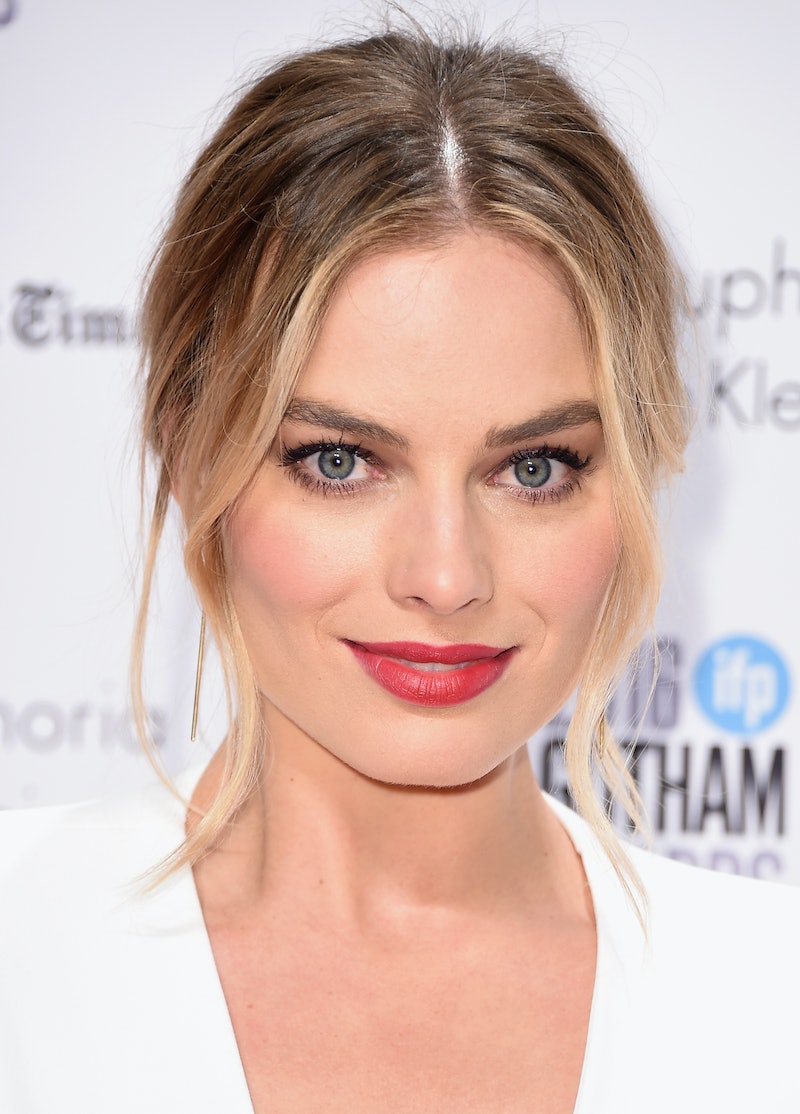 In exciting and surprising news, according to Australian publication The Daily Telegraph, Margot Robbie married longtime boyfriend Tom Ackerley in her home country over the weekend. (Bustle has reached out to Robbie's rep for confirmation, but has not yet received a response.) The adorable couple are said to have wed in Byron Bay on Sunday, Dec. 18, and it was reportedly a lovely family affair by the beach. Sounds like a dream! With some incredible breakout roles the past two years, Robbie has been one of Hollywood's fastest rising stars and many hearts might be breaking at the news that she's no longer single. So, who is Tom Ackerley?

One thing I can say for sure, Robbie's alleged now-husband is a very lucky and envied man. While Robbie has remained fairly tight-lipped about her personal life, she has reportedly been dating Ackerley for about three years and, being that they're supposed married now, they are very much in love. While Robbie climbs the ladder of A-list Hollywood, there is no doubt that Ackerley will be supporting her along the way. Turns out, Ackerley is in the film business himself and looks to be a perfect match for Robbie.

He Is A Director

According to his IMDb page, Ackerley has worked as a director, producer, and on film crews. Most recently, he was second assistant director on The Brothers Grimsby.

They Met While Working On A Film

In an interview she did with Vogue, it was revealed that Ackerley and Robbie met while he was assistant director on Suite Française, a World War II film she made in 2013.

He Is From England

In an interview with Australian show The Project, Robbie shared that her boyfriend was a "pommie," a term used by Australians to describe the English. She said, “He loves Australia. He’s like, ‘I don’t know why anyone leaves Australia!’ The family give him hell for being a pommie! When he comes for Christmas everybody’s like, ‘Oh, the pommie!'”

They Plan On Having A Family

In the same Project interview, Robbie confessed that she would like to have children in her homeland, and said, “They’ll be here. The kids will be in Australia.”

He Has A Production Company With Robbie

Robbie and Ackerley founded LuckyChap Entertainment along with their friends Josey McNamara and Sophia Kerr. In 2016, The Hollywood Reporter announced that the company had signed a first-look deal with Warner Bros. and are currently developing a Tonya Harding biopic, I, Tonya in which Robbie herself will star as Harding.

He Is A Supportive Husband

If the marriage news is true, congrats to this sweet couple!