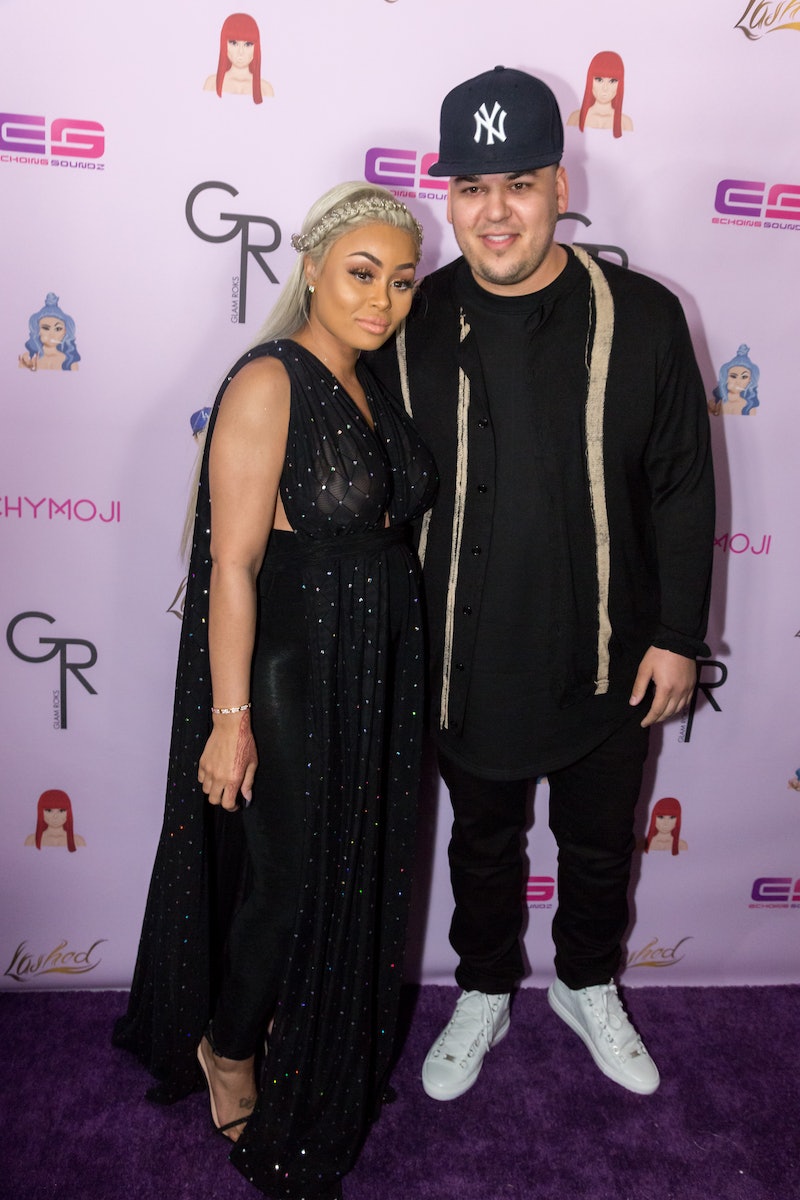 Two days after Snapchatting an empty house and claiming Blac Chyna took their child and left him, Rob Kardashian has publicly apologized to Chyna on Instagram and is vowing to "get better" for their newborn daughter, Dream. In the Instagram apology, Kardashian also stated that he is "seeking help to deal with my flaws/issues."

Kardashian shared a photo of himself and Chyna and apologized to his fiancée in an emotional and candid statement.

"This weekend I was in an emotional bad place and did some things that embarrassed myself and my family. I apologize and I'm seeking help to deal with my flaws/issues," he wrote. "Please pray for me and I'm sorry @blacchyna. You are a great mother to our child and I love you."

He also posted a photo of their one-month-old daughter Dream, writing a heartfelt caption for that picture as well.

"I am going to get better for you Dream," Kardashian captioned the photo. "You are my life and gave me a new start on being a better me. Love you."

On Saturday, Chyna's Instagram account was allegedly hacked and alleged text messages of hers (ones in which she allegedly referred to Kardashian as "fat," "lazy," and "insecure") were made public. Kardashian took to Snapchat to tearfully claim that Chyna had left him (allegedly taking both Dream and her son King Cairo with her), sharing the videos — along with memes of the breakup — to Instagram as well (they have since been deleted). According to Us Weekly, he captioned one photo:

"Sorry to be so open but I'm not feeling so good after seeing @blacchyna messages about me and what her plans were. I have never been this heartbroken in my life," the reality star reportedly wrote. "I don't mind being so open or if anyone thinks I'm being weak but I don't play when it comes to Family and Chyna was my Family and thought we were getting married. I treated her as a Queen."

For her part, Chyna allegedly Instagrammed (and then deleted) a lengthy caption in response.

"I'M DONE! This entire year I have done nothing but help Rob! It's so SAD & PATHETIC how low he'd stoop to cover up HIS PERSONAL ISSUES! Rob is mentally ill & refuses to seek help! He self medicates which makes it worse. I have done nothing but help & loved him from the beginning!" she allegedly claimed, according to the magazine. "It's Chy here I got my own!!! I was doing swell before I got with him! I got him out of khloe's house, helped him lose all that f*cking weight for him to do nothing & gain it all back! Rob asked for all of this! Rob begged me to have Dream! He stressed me out my ENTIRE PREGNANCY!!! Accusing me of cheating, going crazy on me with massive text blast daily! being an absolute lunatic & then cover it up with gifts! I was verbally abused every other day. I was still there with nothing but high hopes for us."

Whatever may be the outcome of Chyna and Kardashian's relationship, I hope that Kardashian gets the help he needs.

More like this
Khloé Kardashian Set The Record Straight On A New Dating Rumor
By Grace Wehniainen
Selena Gomez Is Fine Being Single, But She Still Manifested Romance On 'SNL'
By Martha Sorren, Jake Viswanath and Jack Irvin
Why Sara Pascoe's Husband Is Familiar To Comedy Fans
By Alice Broster
Kendall Jenner & Devin Booker Reportedly Broke Up After 2 Years Of Dating
By Jordyn Tilchen
Get Even More From Bustle — Sign Up For The Newsletter