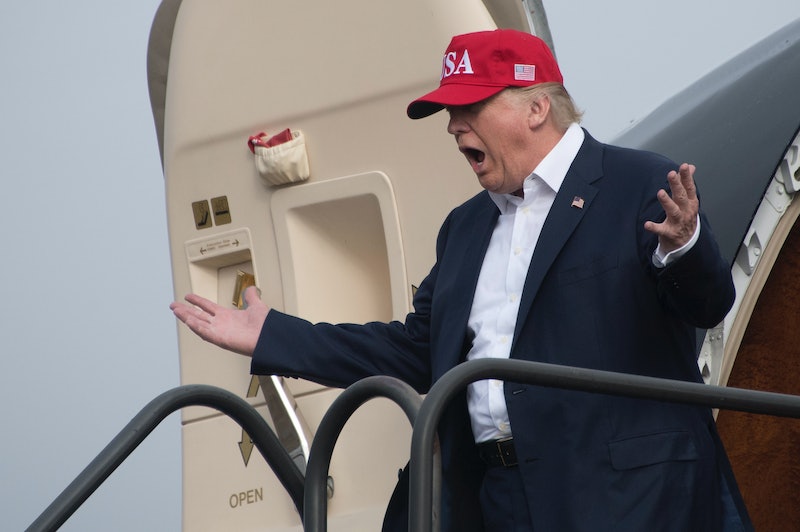 It's clear to the sane people of the world that the president-elect doesn't have the greatest grip on what you might call the truth. Donald Trump's claim that he won in a landslide is just another one of those moments where the facts go against what what he's saying, but he doesn't care. Neither, apparently, do his campaign staff members or the people who voted for him.

This has people calling for an overhaul of the system that gave him such a victory in the electoral vote while at the same time handing him a decisive loss in the popular vote. They have a point — the Electoral College is a remnant of a long-gone past, when slave states in the South insisted on a way to balance out their influence with the more populous states in the North. Whatever problems might now remain, it was definitely a different world then, and maybe the Electoral College is due for an update, if not a complete replacement.

But the country shouldn't get too ahead of itself just after this election. Despite his claims, Trump didn't win it by that much, and modifying the Electoral College at all would require an extraordinary amount of time, money, and energy that might be best spent elsewhere.

Let's put Trump's electoral victory in perspective. Of 58 total elections, Trump's checks in at 46th place. There are some real landslides in there — George Washington never lost a single electoral vote, Reagan got 97.6 percent of the electoral vote in 1984, and Richard Nixon got 96.7 percent in 1972. Those are landslides. Trump, on the other hand, got 56.9 percent of the vote. Maybe that's a big league win in if the polls predicted you to lose by a massive margin, but otherwise it's pretty small potatoes.

In the popular vote realm, of course, Trump did even worse, even if he himself claims to have won that as well. Hillary Clinton beat him in the popular vote by well over 2 million votes, a margin of about 2 percent. That in itself is an argument against the Electoral College system, but it also shows that the Democrats have the numbers — they just got unlucky in terms of distribution.

With a fraction of the manpower and money that would be spent trying to get enough states on board with the constitutional amendment that would overhaul the Electoral College, Democrats and progressives could instead try to convince the 107,000 voters in the Rust Belt states of Michigan, Pennsylvania, and Wisconsin to vote for their candidate instead of the Republican one. They could spend the time and energy getting people more engaged on the ground and working with young candidates.

All of this would stop this same situation from happening again to the Democratic Party, the party that has been on the losing side the last two times that the Electoral College system led to a candidate becoming president who didn't win the popular vote.

Trump won — but he didn't win by the kind of margin that makes a loss in 2020 seem impossible. His opponents just need a new strategy. Maybe one day a movement to change the Electoral College will actually succeed, but right now its opponents would better spend their energy elsewhere.