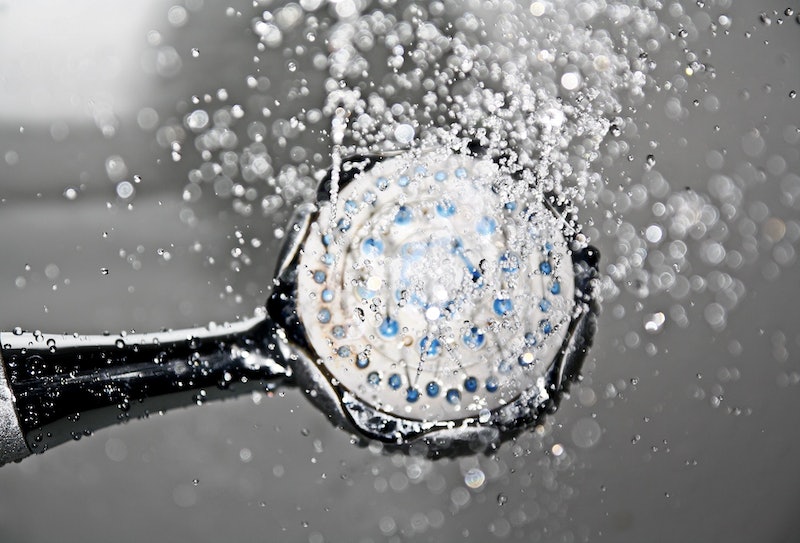 As someone who is just constantly sick throughout the winter, I'm always looking for immunity boosters. Supplements, miso soup, bone broth — but apparently, all I've been missing is, uh, chilly water. This weird reason to take cold showers may prove a boon for people who get sick often, according to science... even if it means having to do something super unpleasant for a few seconds (that is, dowse yourself in icy water) to kick off your morning.

In a recent study published in the journal PLOS One, Dutch physician Geert A. Buijze and his colleagues tested the effects of cold showers on over 3,000 people in the Netherlands. Participants aged 18 to 65 were instructed to take either a 30 second, 60 second, or 90 second cold shower every day for 30 days, and then shower at their own discretion for the next 60.

The research team recorded a 29 percent decrease in absence from work due to illness over the course of the study, but they found, too, some evidence of increased quality of life and higher energy levels. Though participants still suffered from various ills and aches, their symptoms were lessened, allowing them to power through and participate in their daily routines.

Though the ultimate reasons behind the cold water immunity have yet to be dissected, it's been suggested that certain hormone levels are affected by temperature. It's also been implied that shivering is a beneficial way to begin your morning, but as someone who catches the bus in sub-degree weather for months at a time (thanks, Chicago!), I'd have to disagree on that one.

The healing power of cold showers is hardly a new concept. The practice first arose during ancient Roman times, as Spartans believed that warm water made them weak. Finnish folk and their saunas — sweat it out and then jump into a literal ice pond — have been dominating the holistic health market for centuries. Kindergartens throughout Russia engage in "snow showers," which are exactly what they sound like: Send bathing-suit-clad kiddos out into the snow for a few minutes every day, and watch as the rates of influenza plummet.

Personally, I like cold showers because they make my hair shinier, my pores smaller, and they boost circulation — important for those of us who resemble bloodless zombies in the winter months.

And then, of course, there's the whole weird macho myth that taking cold showers makes you more of a man. James Bond did it. The Spartans did it. And now you, too, can submit yourself to a masochistic regimen, all in the name of protecting that fragile li'l masculinity complex.

Or maybe you just don't like being sick. That's fine. In any event, just make sure your hair is dry before you leave the house in the morning. Going out in the cold with wet hair may not necessarily result in you getting sick, but it's definitely not good for your hair — and honestly, when the outdoors feel like a tundra, every little bit of comfort counts.