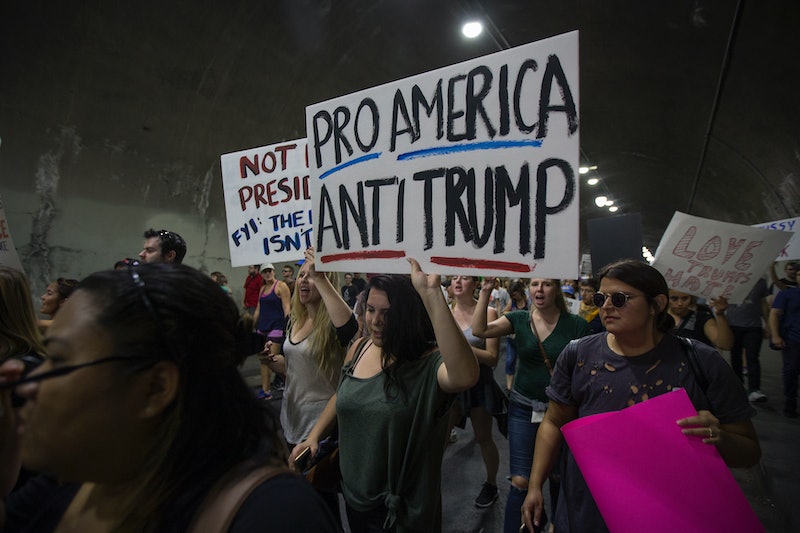 Hillary Clinton won Washington state with 54.4 percent of the popular vote. It has 12 electoral votes, and in a typical circumstance, all 12 would have gone for Clinton. However, according to the latest reports, a third of Democratic electors voted for an alternative. Graham Johnson, a reporter for KIRO-TV in Seattle, reported that four of the Washington state electors also did not vote for Tim Kaine, Clinton's running mate, for vice president. Instead, one went to Massachusetts Sen. Elizabeth Warren, one went to Maine Sen. Susan Collins, one went to Washington Sen. Maria Cantwell, and one went to environmentalist Winona LaDuke.

When all was said and done on Monday, more Democratic electors (tried) to go rogue than Republican ones. NPR reported that seven Democratic electors voted or attempted not to vote for the party's nominee, while just two Republicans from Texas defecting. One was Chris Suprun, who had written an op-ed in the New York Times declaring that he would not vote for Trump. Suprun voted for Ohio Gov. John Kasich, instead. Another Texas elector who was not yet identified at the time of writing voted for Rep. Ron Paul, according to the Texas Tribune.

Different states have different penalties for electors who refuse to vote for the candidate to which they are bound. According to FairVote, the penalty in Washington state for an elector who does not vote for the party's candidate is a potential fine of up to $1,000. However, the vote is still counted. Ultimately, though, Trump still left the day with more than 270 Electoral College votes.