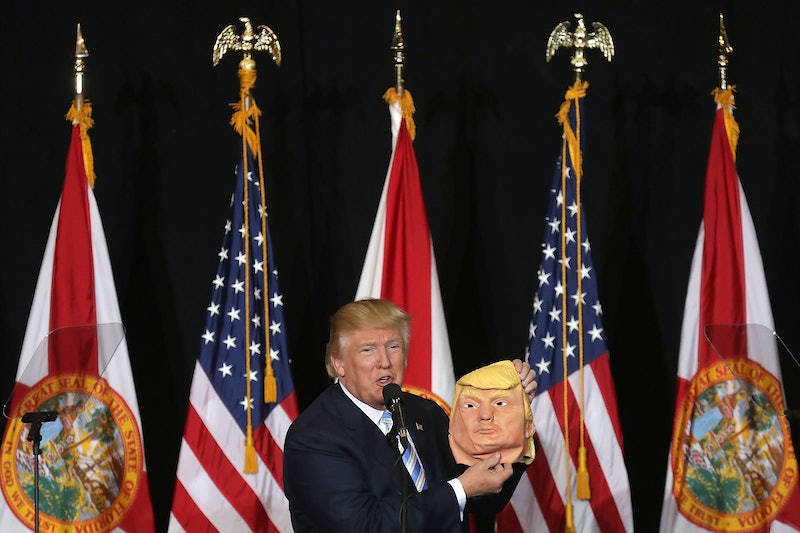 Well, there it is. On Monday, the Electoral College successfully voted in Donald Trump as president, according to a vote count by the Associated Press. Trump successfully surpassed the 270 electoral votes he needed to become president just after 5:30 p.m. Following the shock upset on Nov. 9, some electors and civilians had lobbied for the Electoral College to overcome tradition and vote in Hillary Clinton for president, preventing Donald Trump from reaching the necessary 270 votes and giving Clinton 270-plus instead. As predicted by almost every political observer, this did not happen.

The votes have not been formally counted and the electoral college process is not over as of Monday afternoon, but the Associated Press has estimated that Texas put Trump over the 270-votes threshold. Next up comes the Jan. 6 official vote count, which will be presided over by Vice President Joe Biden.

A number of pledged Hillary Clinton electors in fact defected, or aimed to defect, from voting for her on Dec. 19. (By comparison, only a couple of Trump electors did the same.) Vox estimates that Trump will eventually have 304 electoral votes, far over the 270 majority, with Clinton taking somewhere between 200 and 250.

America had widely anticipated a Trump presidency. However, given this final-stage victory in the Electoral College, there is now no doubt that Donald Trump will be officially inaugurated as our nation's 45th president in January, and will move into the White House then.

Mike Pence was also voted in as vice-president, which had been wildly expected as well.

Clinton's husband, Bill Clinton, is an elector in Albany, New York. He voted for his wife, saying, "I've never cast a vote I was prouder of." He continued: "You know, I've watched her work for two years. I watched her battle through that bogus email deal, be vindicated at the end when Secretary Powell came out. She fought through that. She fought through everything. And she prevailed against it all but at the end we had the Russians and the FBI deal and she couldn't prevail against them. She did everything else and still won by 2.8 million votes."