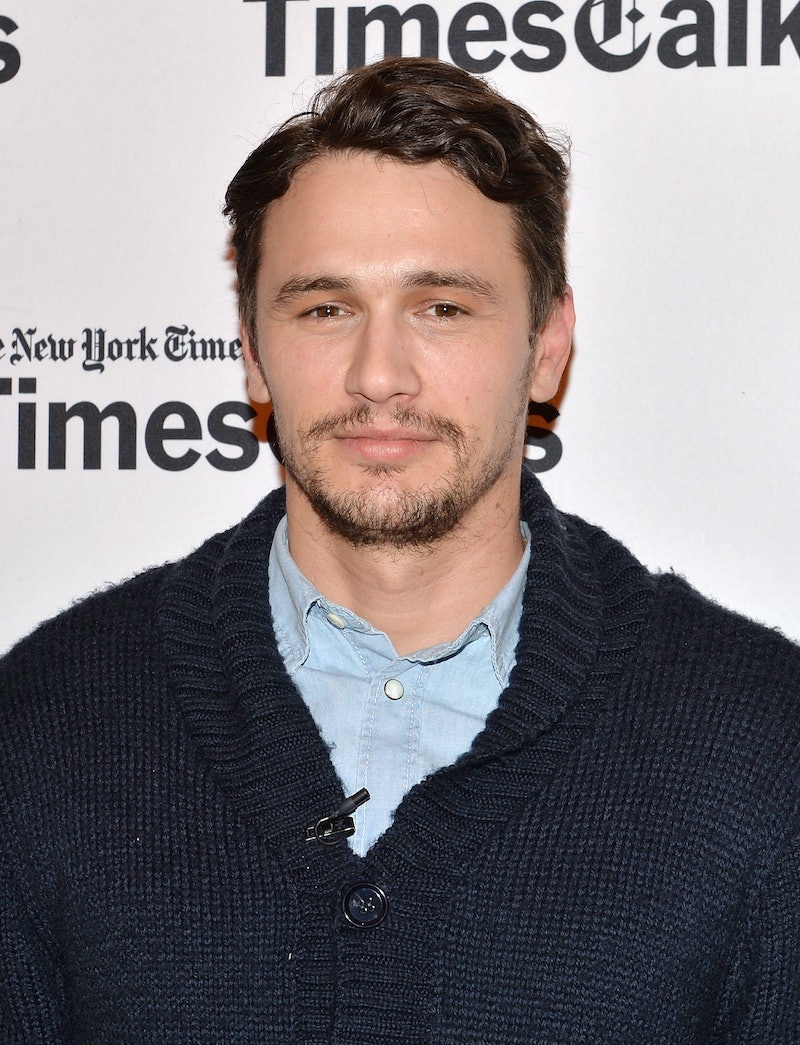 Finally, after keeping quiet save for one bizarre deleted Instagram and accompanying tweet, James Franco apologized for pursuing a 17-year-old girl via Instagram during his appearance on Live! With Kelly and Michael. This supposedly confirms that yes, he did message the girl, ask her where she was staying, if he should rent a room there too, and so on, but it could still be a hoax.

Franco didn't really give an explanation in his apology, instead going with the old "I learned my lesson" approach.

I was feeling awkward— I didn't want to come on the show and just feel awkward...I'm embarrassed, and I guess I'm just a model of how social media is tricky. It's way that people meet each other today, but what I've learned— I guess because I'm new to it— is you don't know who's on the other end. You get a feel for them, you don't know who you're talking to. I used bad judgment and I learned my lesson.

It's not clear what exactly Franco isn't used to. Communicating online? That doesn't make much sense, he's a 35-year-old celebrity with a 3-year-old Twitter account, surely he's gotten used to the concept by now. Most of us figured it out with our first AIM conversation or MySpace account (R.I.P.). Franco then explained how hard it is for someone "in his position," otherwise known as famous, because everything gets publicized. Maybe he's new to that, too?

The apology doesn't prove anything other than the fact that the conversation really occurred, and Franco was actually involved. It doesn't explain the coincidence that the same day all of this was revealed, a trailer for Franco's upcoming film Palo Alto was released, in which he plays a teacher who dates an underaged student.

Conveniently timed scandal or publicity stunt? We won't know for sure unless someone confirms the latter, but intentional or not, Palo Alto is definitely getting a lot of attention this week.