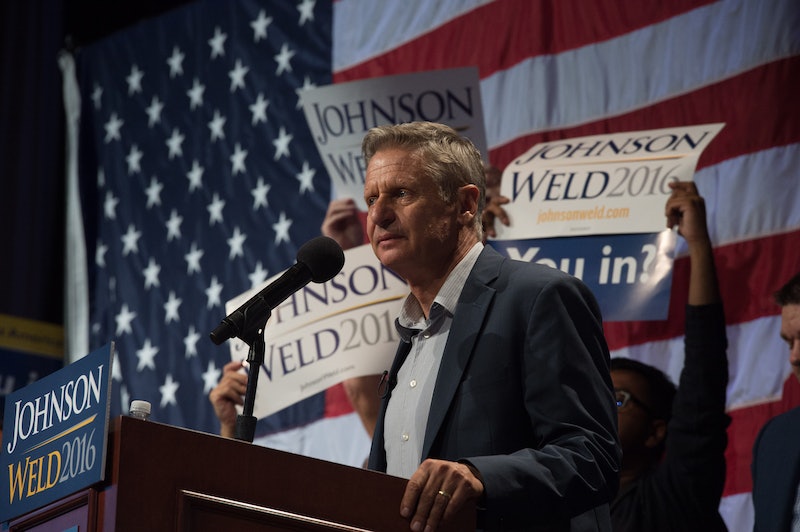 And so it is: On Monday, Donald Trump received the 270 electoral votes needed to secure the presidency. One thing worth noting: A whopping six of the electors were faithless electors — members of the Electoral College who did not vote according to their state vote. So, when the members of the Electoral College cast their ballots for president on Monday, how many faithless electors voted for Gary Johnson? It looks like out of the six faithless electors, none voted for the Libertarian candidate. However, the vote is still technically ongoing and the results will not be announced by Congress until Jan. 6.

As of publication, there were reportedly four Democratic faithless electors and two Republicans. Three of the Democratic electors voted for Colin Powell instead of Hillary Clinton, and one voted for Native American activist Faith Spotted Eagle. In Texas, there were two Republican electors who did not vote for Donald Trump: one cast a vote for John Kasich, and the other for Ron Paul.