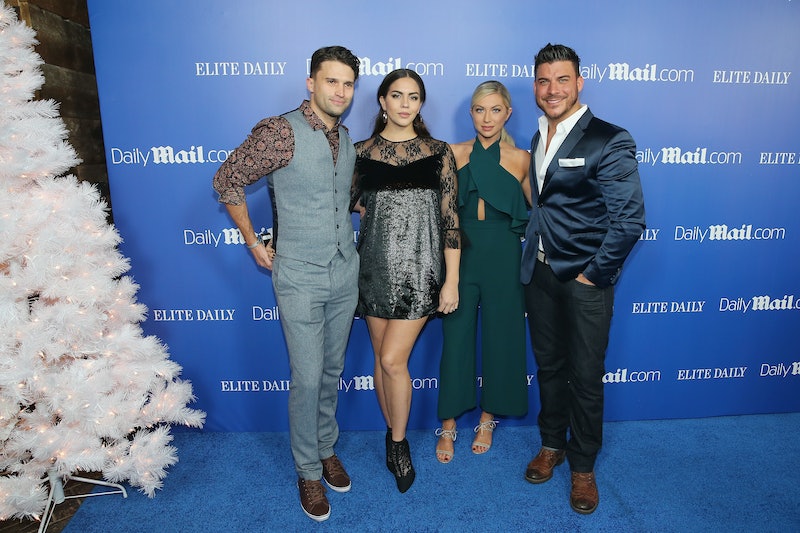 A few moments after I watched once-estranged exes Stassi and Jax record a podcast together on Monday's episode of Vanderpump Rules, I heard what sounded like mini wine bottles falling out from behind a paper towel dispenser. When I looked up from my TV, I saw the Ghost of SURmas Past in my living room.

"Kristie," it wheezed, rattling its rhinestoned shackles. "I'm back."

I listened to Stassi and Jax's podcast episode back in July. I saw the podcast scene in the Season 5 supertease. I knew the podcast was going to be in the show. And yet, I still was not prepared to watch Jax and Stassi meet at a bar, get some drinks, and record their conversation for the latter's podcast. You can listen to the historic (and NSFW) episode of Straight Up with Stassi here.

Over the course of the hour-long chat, they discussed relationships, their newfound friendship, and, as Monday's Pump Rules highlighted, sociopathy. As Jax and Stassi riffed like old pals, it is was almost possible to forget that they are the same two people who, just a few years earlier, sat down at a Sexy Unique Table and cry-fought about one cheating on the other (oh, and possibly impregnating the woman he cheated on his then-girlfriend with). They are over all of it. Really, truly over all of it.

"I suppose everyone has moved on," the Ghost of SURmas Past whispered. "I suppose I should too."

And with that, the Ghost of SURmas Past disappeared. I went back to watching Pump Rules.