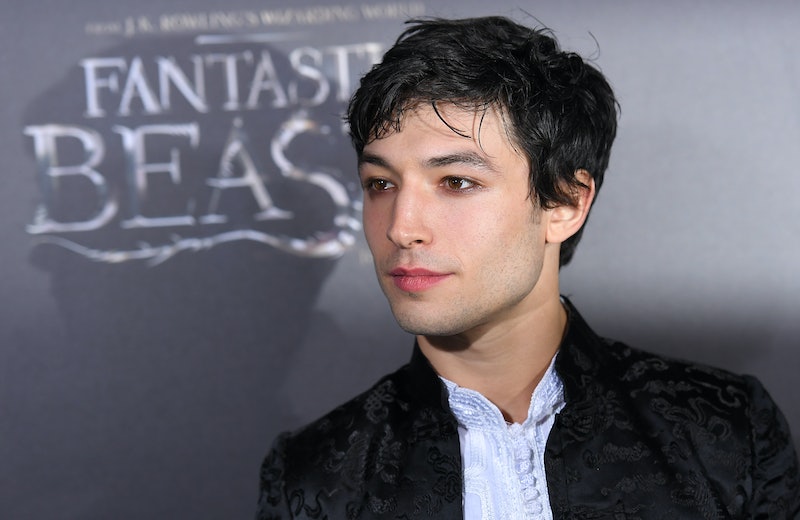 Get over here fast, because we've got a look at the fastest man in the universe. Courtesy of Entertainment Weekly, the first image of Flash in DC's upcoming Justice League film has been released, and it looks like he's getting in with Batman and Wonder Woman. Suffice to say it's kind of a big deal. We haven't been denied a peak at the live-action Barry Allen in recent years — see the CW's Flash for the Arrowverse version — but this is his first tangible big screen debut. And it sounds like he's already figured out where he fits into the Justice League fam... laying back as the less prolific Beatle of the bunch.

"Flash is Ringo Starr," Miller told EW. "He annoys everybody, but he doesn’t have any specific beef with anyone." Bless. Miller also has a good read of what Flash thinks of his fellow Justice Leaguers, "Uncle Fish Curry [Aquaman] is very grumpy," Miller said. "Dad [Batman] gets grumpy too. (He’s had a long life of fighting crime.) ­Wonder Woman is very considerate, so even though she’s annoyed with the Flash, she’s still very compassionate." Oh my God. Maybe it's just Miller's sense of humor, but something about the snark makes me feel like the Flash may fit into the League as someone else. Perhaps as DC's proxy for Marvel's Spider-Man?

On a base level, the comparison makes sense. Not only did Spider-Man enter the Avengers game late (I mean, unless you counted all those dead movie franchises), but he's also characterized by a whole lotta youth. True, Ezra Miller isn't a baby, but, at 24, he's definitely way younger (and can play younger) than Batfleck and the rest of the gang. Plus if you add that superhuman spryness and sense of humor to the character, he'll definitely fit in as the Justice gang's pesky younger brother. He would serve as capable nuisance to the veterans, who grates delightfully against the rough-and-gritty tone of Zack Snyder's world.

I don't think I'm being unfair in noting that DC is sort of having a tonal problem with it's entrees right now (Suicide Squad, what?), but a spunky young Flash would serve as a good kind of lightness, if done right. It'll definitely show that they're taking the competition into consideration. But broad strokes, broad strokes. We still have a lot to see from Miller's Flash and the rest of the Justice League. Hell, we barely got enough of Wonder Woman in Batman v Superman: Dawn of Justice. Sit tight, kids, because the film doesn't hit theaters until November 17, 2017, and it can't come fast enough.