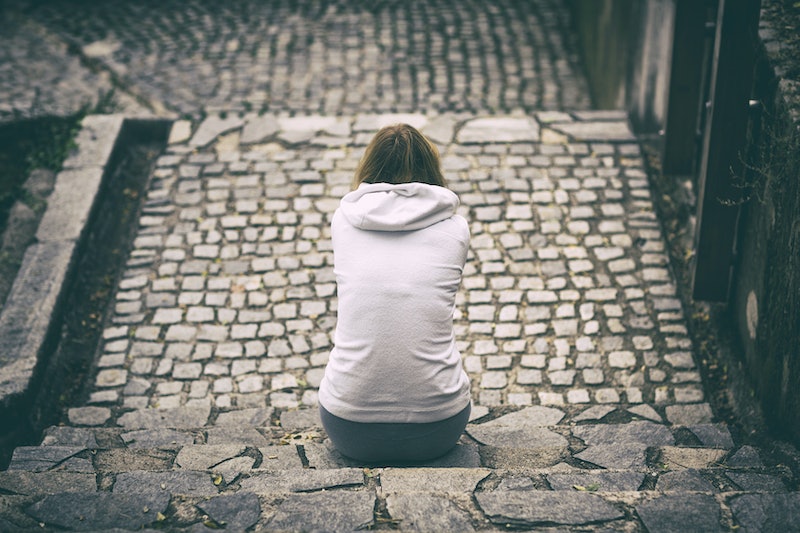 Societal inequalities can also lead to inequalities in health, and one prime example of this is the fact that LGBT people aren't getting pap smears as often as straight, cis people. According to a study in Cancer Nursing , many lesbian, bisexual, and queer (LBQ) women and trans men skip out on cervical cancer screenings for an understandable but upsetting reason: They're afraid of being judged. This finding shows that discrimination based on sexual orientation and gender identity isn't just unfair — it's dangerous.

The researchers asked 250 trans men and LGQ women whether they regularly got pap smears, which are recommended every three years, and, if not, why they avoided it. "Many described how LBQ women avoid pap tests because they fear being judged or discriminated against," the authors wrote. One trans man also mentioned that the doctors lacked the sensitivity to handle his gender dysphoria. A bisexual and queer woman named Alaina Leary told Refinery29 that she began avoiding OB/GYN appointments after encountering doctors who didn't believe her sexual assault happened.

According to the National Transgender Discrimination Survey, 28 percent of trans people have avoided going to the doctor because of discrimination they'd faced. And it's understandable why: 19 percent had actually been refused care because of their gender identity, 28 percent had faced harassment at the doctor's office, two percent had even experienced violence, and half said their doctors knew so little, they had to teach them how to do their jobs.

These problems, of course, reflect unequal treatment faced by LGBT people in all kinds of settings. This year's National Center for Transgender Equality survey found that nearly half of trans people had been verbally harassed, and 40 percent were suicide attempt survivors. And almost a third lived in poverty, which is also a major obstacle to healthcare.

The findings also reflect a larger problem in medical settings: People aren't feeling safe and comfortable around their doctors. A recent NetQuote survey found that one in five women had lied to their doctors because they were scared of being judged.

"Creating welcoming and inclusive healthcare environments is particularly important to facilitating cervical screening among LBQ women," the authors of the new study conclude. "Nurse leaders can modify clinical environments, and clinical nurses can be educated to provide safe care for LBQ women and transgender men."

More like this
10 Times Boris Johnson Got It Wrong On Trans Rights
By El Hunt and Sam Ramsden
Jake Daniels Just Became The UK’s First Active Football Player To Come Out As Gay Since 1990
By Sam Ramsden
Target Dropped *Two* New Fashion Collabs With Queer-Owned Brands
By Dominique Norman
Are Gemini & Scorpio Compatible In A Relationship?
By Kristine Fellizar
Get Even More From Bustle — Sign Up For The Newsletter