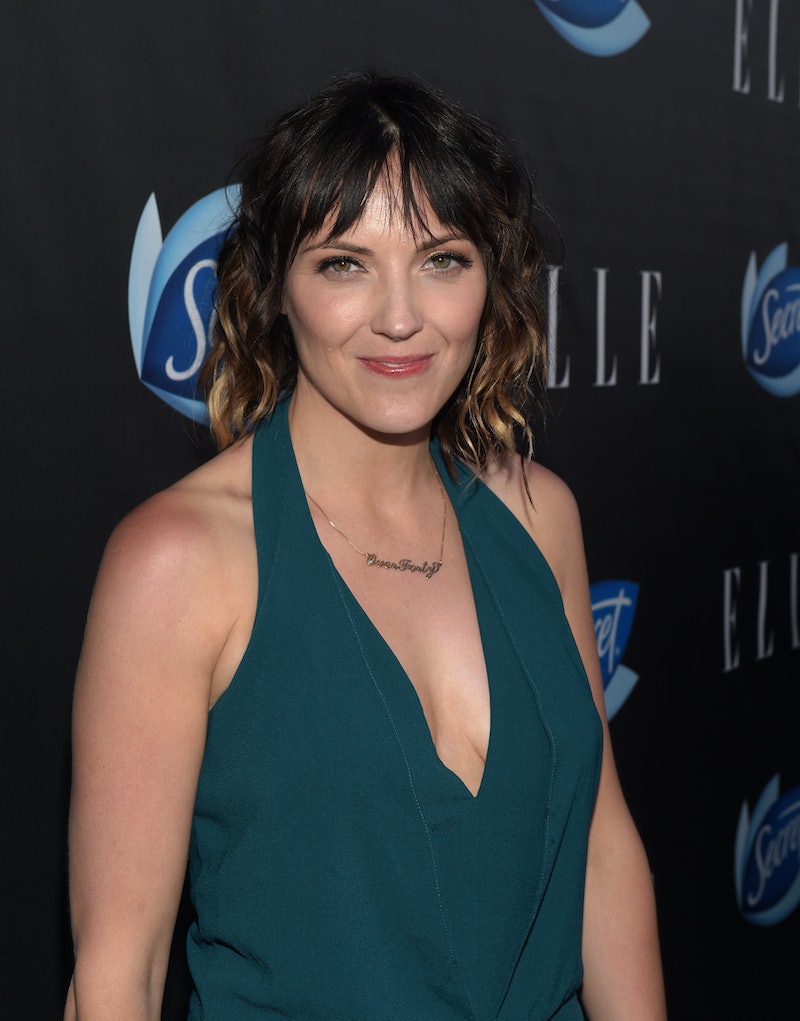 The following is adapted from comedian Jen Kirkman's memoir, I Know What I'm Doing — And Other Lies I Tell Myself, available now wherever books are sold.

I stayed home on New Year’s Eve last year and kept a diary of my night so that you can follow along should you choose to opt out of mandatory fun this December 31.

I’m at the base of a trail, about to begin a forty-five-minute hike so that I can watch the sunset. I’m carrying Mace right next to my inhaler in my pocket. There are other people hiking, but the New Year’s Eve Murderer could be hiding in the woods. What if I accidentally grabbed my inhaler in the throes of terror? He would be caught off guard for a moment but then after catching a whiff of that Albuterol mist he would feel the air flowing freely into his lungs, adrenalized, having even more energy to wield his sharp object and then steal my iPod. I think I’ll go home. I’ll hike in the morning as a New Year’s Day beginning! Or just a beginning of a day—since it’s also just another day, right?

I make myself some hot apple cider. There’s no need to drink alone. That would be awful if I needed booze to enjoy my own company or be attracted to myself. Besides, I could lose all judgment, keep drinking, and that could lead to drunken texting. “Hey, Male Friend. Remember that one night when we got drunk and fooled around—that was fun, right? Oh, you have a girlfriend now? Oh, cool. Well... enjoy your kiss at midnight, you two!”

My DVD player is making a whirring noise every time I hit Play on the remote and then nothing happens. I immediately wish I had a boyfriend so that he could take a look at it.

The DVD player is now completely dead. I continue to wish I had a boyfriend so that he could run out real quick and buy a new DVD player and then also some ice cream. No. Frozen yogurt. No. Ice cream. Definitely ice cream.

My DVD player miraculously starts up again. I immediately break up with this boyfriend in my mind. He would just take up too much room on the couch and would probably not want to watch a Julia Roberts/Meryl Streep flick.

I can’t quite get comfortable. I feel like I’m going to throw out a joint in my neck if I lie on a throw pillow. I decide I have earned taking a pillow from my bedroom and bringing it to the couch. My clothes feel too restricting. Jeans don’t go with a Tempur-Pedic pillow. It’s time for pajamas. What? The sun is fully down. It’s perfectly acceptable.

Huh? What time is it? Credits are rolling. There’s drool on my pillow. I fell asleep and missed the entire movie. I conclude that it’s too depressing to watch August: Osage County by myself on New Year’s Eve. Not that it matters that it’s New Year’s Eve!

I look at the cut-up vegetables in my refrigerator.

Like a little kid after a Halloween candy binge, I have a stomachache. Could this be just from the candy or am I getting the flu? I think about how some people can binge-drink and do drugs like Molly and never seem to get sick but I’m undone by candy.

I read a text from a friend that says, I’M ALREDDY DRRRRNK. I feel superior.

I’m back on Instagram and analyzing pet ownership patterns among my friends. Families have cats, straight single women have little dogs, and lesbians have two big dogs.

I watch some of Anderson Cooper’s New Year’s Eve special. Footage is rolling of people in India lighting oil lamps, offering flowers, and getting purified in the mighty River Ganges. Shouldn’t I be in India on New Year’s Eve if I’m as spiritual as I think? Meanwhile, dudes in Times Square are repeatedly screaming, “AWESOME!” I wonder if these ding-dongs in glittery hats will regret not wearing a sensible wool cap when they come down with pneumonia tomorrow.

I am stressed out about the amount of people that are on planet Earth. If we get so populated at some point that we’re always shoulder-to-shoulder with someone like in Times Square? I go to Google and start checking in on the Great Pacific Garbage Patch, also known as the Pacific Trash Vortex. I vow to use Amazon Prime less.

I’m so sleepy. How many times have I wanted to go to bed at nine o’clock and then didn’t? My phone falls out of my hand and I don’t pick it up. I. Am. Passed. Out.

(Note: I never went on that New Year’s Day hike. In fact—the first exercise I did in the New Year wasn’t until February.)

Jen Kirkman is a New York Times Bestselling author. Her books “I Can Barely Take Care of Myself” and “I Know What I’m Doing & Other Lies Myself” are out now. Her Netflix special, “I’m Gonna Die Alone” was named the best of 2015 by Ny Mag, The Atlantic and Time Out New York. Her latest Netflix special, “Just Keep Living’?” begins streaming worldwide Jan 3rd, 2017.

More like this
The 20 Best Audiobooks To Fall Asleep To
By Aoife Hanna and K.W. Colyard
Why The '365 Days' Sex Scenes Are Good, Even If The Movies Aren’t
By Arya Roshanian
At 28, Minnie Driver’s Personal Life Was “Falling Apart”
By Kate Dwyer
Conversations With Friends' Endometriosis Scenes Are As Brutal As It Gets
By Ivana Rihter
Get Even More From Bustle — Sign Up For The Newsletter