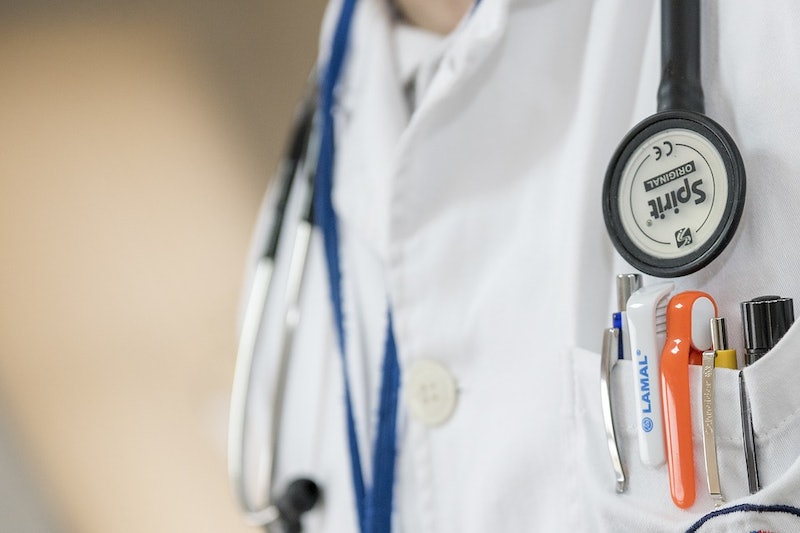 A study recently published in JAMA Internal Medicine made an interesting discovery: Patients with women doctors have a better prognosis, compared to patients with doctors who are men. Researchers looked at the results from Medicare patients seen by 58,344 doctors from between 2011 and 2014. The results were intriguing, to say the least; the researchers found that patients treated by women had a smaller risk of premature death (10.82 percent compared to 11.49 percent for patients of male doctors). Additionally, they had fewer hospital readmissions within 30 days (15.01 percent compared to 15.57 percent for patients of male doctors). In the end, this made for a whopping 32,000 fewer patients who'd die if male doctors could do what female doctors are doing every year. And this was only Medicare patients. Image the results if the same trend appeared for non-Medicare patients.

Confirming the researchers' findings further was that they found no explanation for the differences in results — not different types of patients between the men and women doctors, nor doctors who were working in different arenas of health. It's quite ironic, considering medicine is one field where women are seriously outnumbered, representing just one third of United States physicians. Not to mention that on average, men doctors make around eight percent more than women doctors (or about $20,000 annually). Workplace sexism: It's a thing.

This wasn't the first study comparing men and women doctors, however; nor was it the first that tipped in favor of women. A 2013 study out of the University of Montreal found that women doctors provide a higher quality of care then men — a conclusion based off of billing information from elderly patients treated for diabetes. Women scored higher in compliance with practice guidelines, and they were likelier to prescribe recommended medications and plan required exams.

What could explain these differences? One possibility is the finding that women doctors spend as much as 10 percent more time with their patients — which has accounted for less productivity for women doctors overall, but could also be responsible for these patients' better health (think quality over quantity). Furthermore, research has found that women doctors are generally more encouraging and reassuring, share the decision-making with their patients, and ask more psychosocial questions. Other studies, however, suggest that a patient's evaluation of a doctor could also depend on their own gender.

Does any of these explain why, for years, women doctors have seen better results overall than men? Could it help eventually close the pay gap in the medical field, as well as help women professionals more accurately represent the number of women graduating from medical school (which is actually equal to that of men)? While it's not fair to say that men don't make good doctors (a horribly inaccurate and unfair statement), these findings are fascinating, regardless.

More like this
How To Fight For Reproductive Rights, Based On How Much Time You Have
By Courtney Young
How To Protect Your Digital Privacy If You Need An Abortion Post Roe v. Wade
By Kaitlyn Wylde
Sandra Bullock, Girlboss Extraordinaire
By Matt Harkins & Viviana Olen
5 Crystals For Anxiety
By Megan McCarty
Get Even More From Bustle — Sign Up For The Newsletter