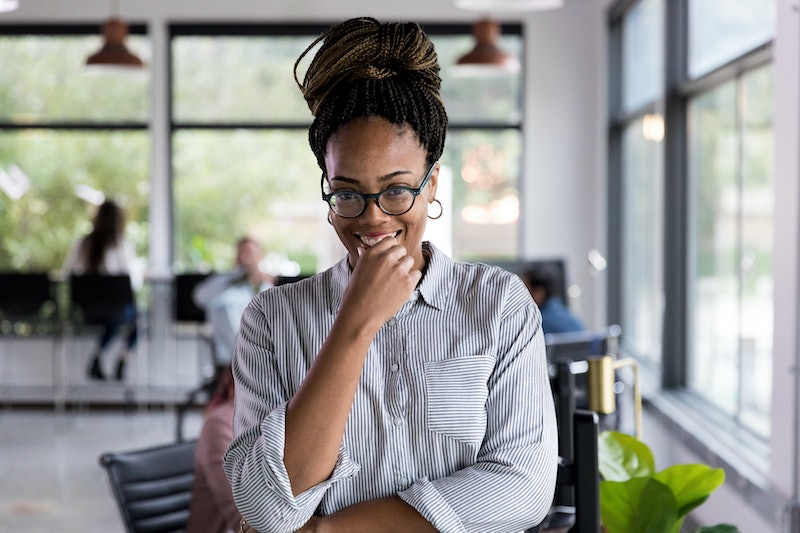 Sobering news on the gender equality front today: It's going to be another four decades, minimum, before women achieve equal representation to men on corporate boards, according to a recent study. Conducted by the Government Accountability Office, the study found that although the number of women in these positions doubled between the years of 1997 and 2014, that still left women occupying just 16 percent of these roles. And when they did occupy them, it was for shorter tenures.

I can't decide if I should start crying or not. The progress is promising; the fact that we're lagging (and so drastically) in the first place is utterly depressing. Four decades? In 40 years, I'm going to be 67 years old. All right, now I'm depressed.

Hopefully, the progress that we're making as a gender is going to continue at an exponential rate — meaning that we'll take more corporate board positions, and at a faster rate — so that it'll take way less than 40 years. But to put the 40 year figure in perspective, do you have any idea how many ridiculous things are set to happen before equal representation on corporate boards does? The answer is, a lot. Here are just a few of them.

Within the next four years, the Space Island Group plans to have more than 20,000 people living on orbiting "islands" in outer space, a number that will double with each decade. Around 10 million specialists will be supporting them from here. Meanwhile, women on earth will still be grossly underrepresented on corporate boards.

The Swedish automobile company has been developing an injury-proof car since at least 2008; the idea is to use radar, sonar, and more technological advancements to prevent car crashes. If you were to crash, the car would steer and brake on its own. If you think this doesn't sound that miraculous, consider this: Wired reports that reducing pre-impact driving speed by just 10 miles per hour would cut the death rate in half. This should really protect all the women not driving to work to sit on their corporate board.

Something else 3D printers will be doing? Printing human organs using stem cells from the patient's own DNA.

4. By 2025, Artificial Intelligence Will Make Your Smartphone Look Like Child's Play

If you think talking to Siri is impressive (which it is), the next decade is going to introduce AI like it never has, even more capable of understanding conversations and answering intelligibly. Meanwhile, men will still outnumber women on the corporate board.

For around $1,000, you'll likely be able to buy a computer that has the capability to calculate at 10 trillion cycles each second – the same as the human brain. Too bad the human brain still won't be electing more women to the corporate board.

More like this
5 Crystals To Manifest More Money
By Megan McCarty
How To Use The Shook Filter On Snapchat, TikTok, & Instagram
By Emma Carey
Remember These Ancient Pieces Of '90s Tech?
By Lucia Peters and Emma Carey
What Is “Night Luxe?” Breaking Down TikTok’s New Aesthetic
By Courtney Young
Get Even More From Bustle — Sign Up For The Newsletter