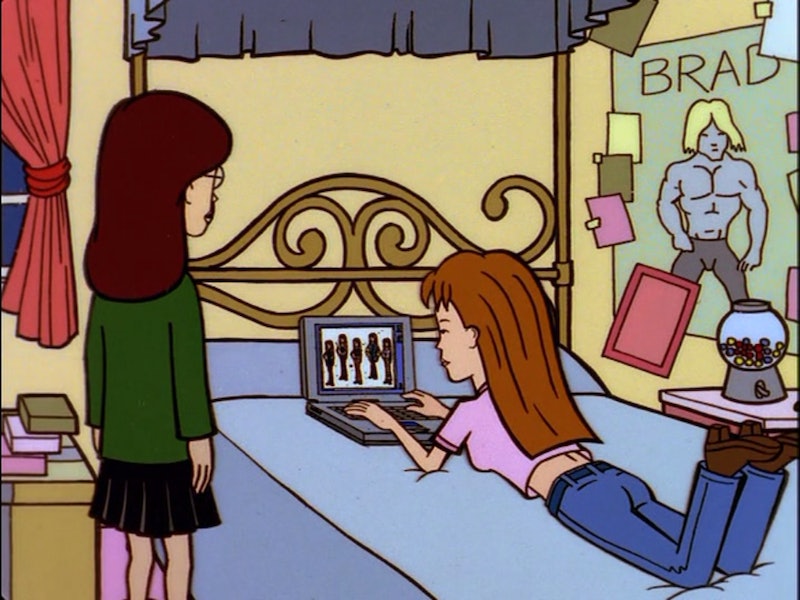 While Gen Z has always had cell phones and high speed Wifi, those of us who grew up in the '90s and early '00s remember fondly the simplified dial-up of our youth. If the words "3-D dancing baby" fill you with joy, head on over to Reddit to check out their amazing list of websites you forgot were still online. It’s genuinely surprising how many fossils of the early internet still remain online, and thanks to AskReddit, taking a stroll down memory lane is as easy as clicking that Geocities link. It seems everyone is a little nostalgic for the Internet of yore: Reddit user VANNIVEZ posted the question to AskReddit, "What site has everyone forgotten about but is still online?" this morning, and it has since amassed over 2,600 responses.

By using this handy list, you, too, can travel back to a time where everyone had a very dramatic LiveJournal and evenings were spent logging into chat rooms in search of new friends. These simple websites will take you back to an age where Tom was everyone's friend on Myspace, and Hotmail addresses were the coolest — a time where he phrase “You’ve Got Mail” produced actual excitement. Quite a few sites on this list will tickle your nostalgia bone, and perhaps remind you of an unfortunate era in middle school where you spent way too much time on the computer.

Here are some of the seminal websites from our childhood that you forgot were still alive and kicking:

When my friend showed me Homestarrunner for the first time in middle school I nearly peed my pants. The Brothers Chaps Flash-animated cartoon classics such as Strong Bad, Teen Girl Squad, and Trogdor were smart, silly, and surreal. The site launched on Y2K, and after a brief hiatus in 2010, it's about to celebrate its 17th birthday. Visit the site to check out their newer offerings and rewatch some of your past faves — we all may be a little older now, but the toons certainly hold up.

This website allowed users to own virtual pets and buy virtual cat food (well, Neopets food) way before Neko Atsume came on the scene. Unsurprisingly, the Neopets website is still around, and while it may look dated (it was launched in 1999), it's nice to know that unlike all those broken Tamogatchis, some of the digital pets we had as kids are still waiting for us.

If you didn't spend way too much time on this inane site as a kid, do yourself a favor and check it out now. You can do anything on ZomboCom! The only limit is yourself. Yessss, this is Zombocom.

Before "the cloud" was a thing, Photobucket was your best friend for finding or saving photos and videos. Despite competition, the image hosting site has managed to stick around; in fact, it's still being used by some businesses today. Who knows? You may even still have an account worth logging into for some nostalgia-tastic memories from 2005:

Remember when the music would start automatically playing when you clicked on someone's page? That was the best.

The web community created by Drew Curtis in 1999 is still active, but lost many of its faithful users to Reddit. To relive your early Farking days, hop on over to the site; it hasn't changed a bit.

I can just imagine showing my grandchildren this site one day and saying, "Back in my day I couldn't use the phone and Internet at the same time, and websites looked like this!" I think they will all probably gasp in horror.

I cannot describe the sheer joy this simple site from 1996 brings me. It is the website that time forgot, and for some reason, it has been left untouched in all it's '90s glory. Don't forget to download your Space Jam blackboard patterns and buy a Space Jam soundtrack CD while you're there.

When we wanted a good laugh in middle and high school, we would head on over to Ebaum's World and watch some of their not-so-proper content. Over the past decade, the repository of memes and prank videos has been dethroned by the likes of Reddit and Tumblr, and though the site still exists today, it is a much darker place.

You're The Man Now Dog is still around, but the latest post is from 2014, so I wouldn't call it "active." If you're interested in exploring the site's rise and fall, Gizmodo published a deep dive earlier this year.

Before animals dominated the internet, the 1998 Hamster Dance page quickly became one of the first viral memes. The animated hamsters danced in an endless loop to a repetitive tune that was both unbearably catchy and annoying. This internet relic is still available for your viewing pleasure today, but fair warning: It is as addictive as ever.