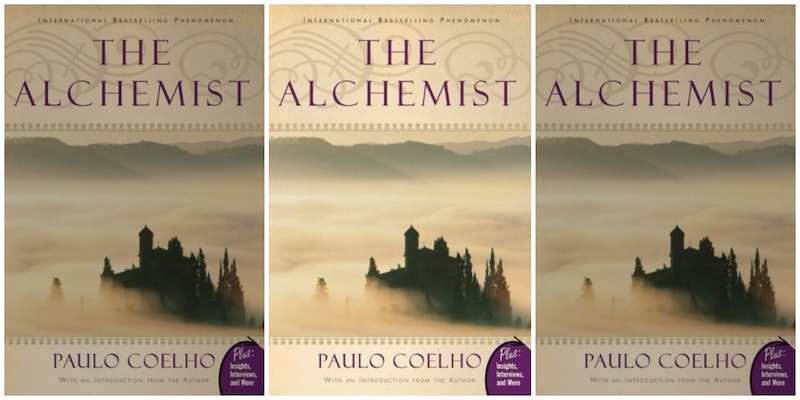 You know he wrote The Alchemist and The Pilgrimage, and that those two books are two sides of the same story, but do you know how Paulo Coelho paid homage to Ernest Hemingway in The Alchemist? The Brazilian writer revealed to CBS correspondent Rita Braver how his most famous novel paid tribute to the Nobel Prize laureate's story, The Old Man and the Sea.

Paulo Coelho is beloved by readers around the world, and The Alchemist is often mentioned in the same breath as other philosophical novels, such as Jonathan Livingston Seagull and The Little Prince. Both The Alchemist and The Pilgrimage were inspired by Coelho's long hike through northern Spain, during which time he had a spiritual awakening.

"When I was young," Coelho told Braver, "I read the book, The Old Man and the Sea, and Hemingway starts the book with, 'The old man's name was Santiago.' ... And I said, I will write a book one day, and I'm going to use the same thing that he did: only in the first sentence I am going to mention the name ... and never again."

And so, The Alchemist begins: "The boy's name was Santiago."

The Alchemist by Paulo Coelho, $19, Amazon

Check out Coelho's latest novel, The Spy, available today from your favorite retailer.