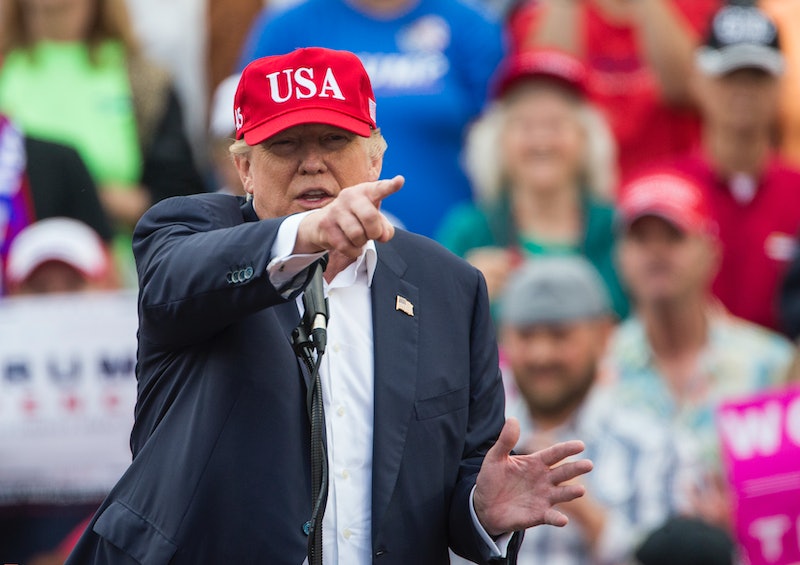 Monday saw brutal attacks in Europe. There was the point-blank assassination of the Russian ambassador to Turkey, shot in an art gallery in Ankara. A tractor-trailer truck mowing down people at a Christmas market in Berlin. Also, three people were hurt in a shooting at an Islamic center in Switzerland. In response to the attacks, president-elect Donald Trump tweeted that “it is only getting worse.” While this rhetoric is in keeping with Trump’s reactions to terrorist attacks during the campaign, the fact that he’s now the president-elect should make us extra-sensitive to these responses — because it’s after an attack that a strong-man leader is most dangerous.

I came around to this line of thinking after listening to an episode of Slate’s Trumpcast: host Jacob Weisberg interviewed historian Timothy Snyder about drawing parallels between Trump’s rise to power and another populist strong-man: Adolf Hitler. Snyder had written a post for Slate described the latter’s rise to power without ever using Hitler’s name — and it sounded an awful lot like Trump.

Now, before we all lose our minds about whether the comparison is fair or not, Snyder said that his intent in writing that piece was “trying to find a middle way between historical analogy and dismissing history altogether.”

And it’s clear that a blanket comparison between the two is hyperbole. The economic, social and political backdrop of 1920s and 1930s Germany is very different from 2016 America, and we have the benefit of having experienced someone like this before to be more on the lookout for warning signs.

But Snyder makes the point that we don’t have to say the similarities are one-to-one to benefit from historical perspective. In discussing the Reichstag Fire, which burned down the German Parliament building in 1933, Snyder underscored how important this was for Hitler’s consolidation of power. “What’s crucial is the way that leaders and people react to something like that, and Hitler was able to use the event… as a justification for a fundamental and really rapid transformation of the system,” Snyder said. “It’s that point that one has to watch out for.”

He went on to say that, given that we’re likely to have a terrorist attack on American soil sometime in the next four years, it’s possible that a Trump government could use the moment to impose a kind of “permanent emergency.”

What that would look like exactly is hard to anticipate, but Snyder made the point that whatever it is, it will happen fast. Trump’s prediction that “it’s only getting worse” and his promises at “eradication” are less alarming for what they forecast, and more for what they suggest about how he will react. We may not have the luxury of taking time to be surprised.