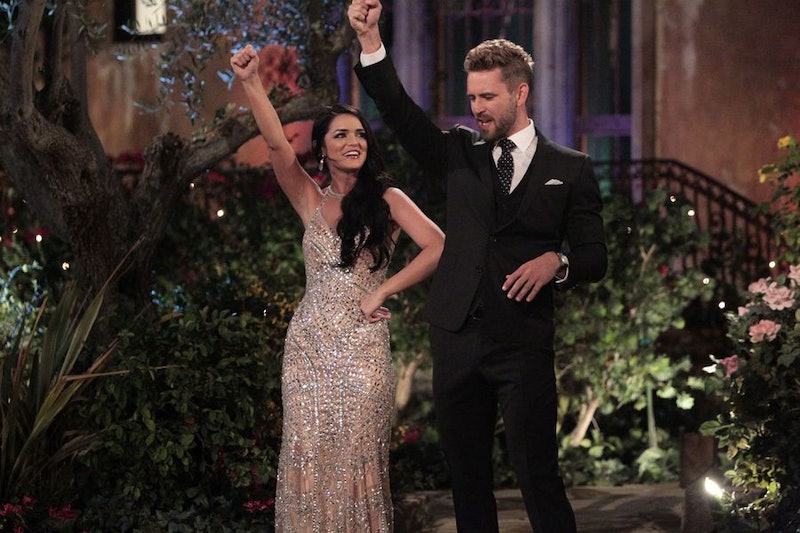 It has been awhile since singles mingled on the beaches of Mexico on Bachelor In Paradise. Even longer since JoJo Fletcher chose a man among a bunch of men who looked identical on The Bachelorette. And now the time has come. Nick Viall takes his deserving place as the next Bachelor. Many women flocked to date the longtime Bachelor Nation member on his season. One Bachelor contestant to watch is Raven Gates. She is young, successful, and southern. A perfect mix for The Bachelor. Currently, Raven is pretty off-the-grid social media wise. Hopefully, once the show starts she'll make her pages public so we can get to know her even better. But, we do know some things right now.

At 25 years old, she is a decade below her prospective husband. But, age is just a number and hers seems to be par for the course as Nick will be flooded with 20-somethings starting from night one. As a 20-something myself, I understand that age does not necessarily mean a lack of maturity. I recently kept a plant alive for a whole month before I forgot to water it. But, I'm sure these 20-something ladies aren't plant murderers like me, so they're probably all good. Raven could be a more responsible, more marriage-ready lady than I am. She probably is since she joined a show where that's the expected outcome.

Raven has to be pretty mature considering she's a business owner. She owns and runs a boutique clothing store in Jonesboro, Arkansas called Grey Suede. In fact, on her business's website is a count down to the start of The Bachelor. Being young, beautiful, and successful puts her in frontrunner territory. I'm excited to see if she'll have some Grey Suede wear on display as well during her time on the show. There is nothing better than a smart lady going on the show to promote her business and to find her one rue love. Get a woman who can do both, you know? I'm sure Nick will use his time in the spotlight to his advantage as well. Being on The Bachelor can be a business boom for young entrepreneurs.

One last thing to know about Raven is her southern roots. The Bachelor has a long history of loving southern belle types. Raven is close to her family, loves hunting, and based on a promo for the show has an sweet southern accent.

With a combination of business savvy and southern sweetness, this woman is one to watch. Raven could end up stealing the heart of our leading man. If she doesn't steal his heart, she'll at least steal plenty of screen time.