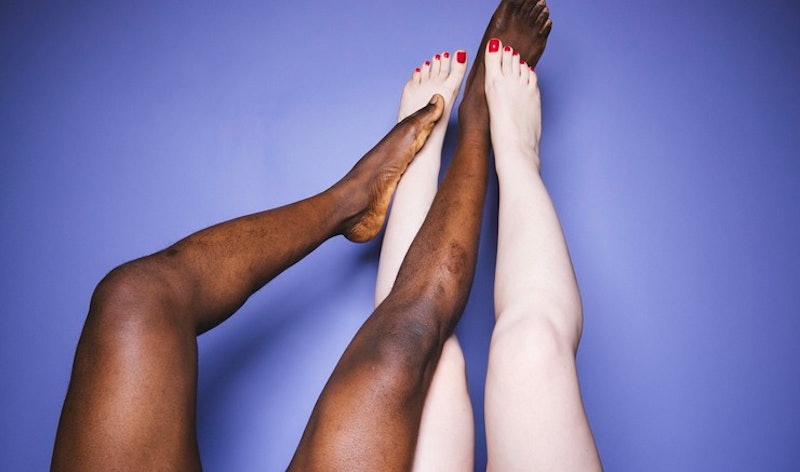 But while I might receive sexual gratification from these films, I also experience a lot of moments of disgust and guilt — and no, this doesn't originate from any place of prudishness or religion.

Often, while viewing these films for sexual pleasure, watching the actors on my laptop screen transition to vaginal penetration would completely kill my vibe and I'd have to immediately find a new link or rewind to more titillating scenes. Sometimes, I didn't change the video fast enough. Other times, I kept it on because I was just curious to see if the image of a penis entering a vagina would feel more pleasurable to me the more I watched. Either way, whenever I'd observe these scenes, I would feel nauseous. At the very image of a dick entering a vagina, I can feel sharp aches and stings of pain between my legs, as if it was I who was being penetrated. My body would involuntarily tighten up, especially my pelvis, and I would feel a bit sick.

Penetration is painful to me, and I found that no amount of enticing images could explain away how I experience these sensations in my own body.

But that didn't stop me from trying to train myself to have an aroused reaction to such images. As someone with vaginismus, I have felt considerable pressure in the past from friends and lovers alike to have vaginal sex. So for a while, I tried to change my body in order to accommodate a sort of sexual experience I wasn't even sure I wanted to have. I tried talk therapy, dilator sets & gradually introducing more and more vaginal contact with my fiancée’s help.

This process took a toll on me — not because I wanted to achieve vaginal sex, but because I felt like I had to want it. I felt like I was depriving my partner of “real sex” by not being able to accommodate their penis inside me. We opened up our relationship — partially because we’re polyamorous and partly because I wanted them to have a chance at a “normal” sex life. But my insecurity about sexual abilities blocked me from being able to agree that my partner could have vaginal sex with others.

It's been at least six months since I stopped waging that silicone war against myself. I learned to love and accept my current sexual abilities, and learned that my trans identity contributed to my intense desire to keep my vagina out of my sex. My attitude has changed, and my dilators are gone.