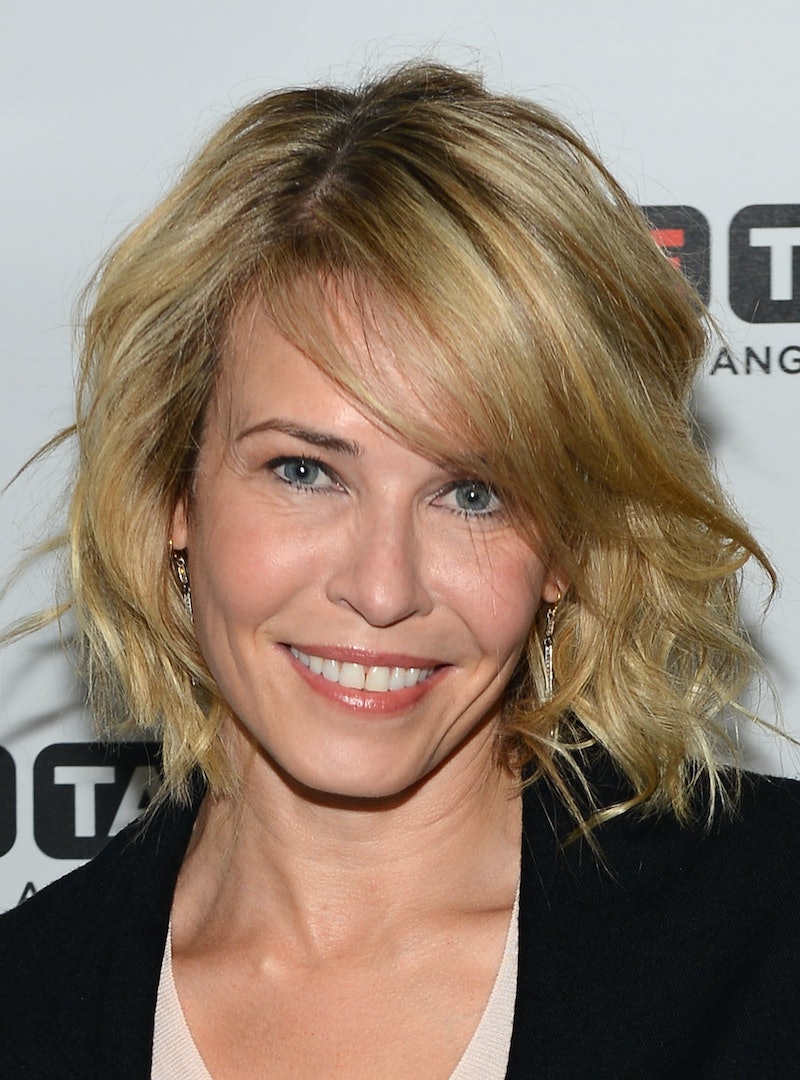 Looks like the rumors were actually true: Apparently, Chelsea Handler is in talks with CBS regarding a late night show, or even the late night show, Late Show. (Try saying that three times fast!) Could this mean we may actually get to watch this woman on late night network television? Are you there, vodka, 'cause I sure am!

It all seems very well-timed, to say the least. Interestingly enough, Handler was apparently talking to CBS before David Letterman announced his retirement, which certainly shook up the game of "who's a plausible replacement?" We pegged her as one of our top choices, particularly after she departed her show on E!, Chelsea Lately . Where would the smart, ballsy woman go afterwards? We want more Chelsea!

After all, regardless if you like her sense of humor or not, she's a damned good host, and she's also been a key figure in pointing out when men fail to recognize women's prominence in television. She slammed Adam Carrolla (on television!) when he failed to recognize that there, indeed, is currently a woman host on late night television (uh, that would be Handler). She gave a razor-sharp reply to Bill Carter's New York Times article "Bullish on Boyish" in her Huffington Post editorial, "No One Puts Baby In Parentheses." Yes, we could use a woman host, and late-night television needs someone who can push the edges a bit, which obviously makes Handler an excellent candidate. Take that, parentheses!

These alleged talks, however, indicate that if Handler does not inherit Letterman's seat, that she very well may be inheriting another. Craig Ferguson, whose Late Late Show With Craig Ferguson has won both Emmy and Peabody Awards, seems to be the heir apparent, but if he steps up to fill Letterman's chair, that could very well mean Handler may take over Late Late Show. However, with Ferguson's show paling in ratings compared to NBC's Late Night With Seth Meyers — to be fair, Ferguson's Late Late Show is more niche and quirky than mainstream late night shows — there may be room for considering another viable candidate.

Whether or not Handler inherits Letterman's position at 11:35 p.m., it's refreshing to see that this woman — who was put in parentheses just two months ago — has a candidacy that's receiving discussion beyond the female blogging circles. Networks are giving her real consideration, which is a remarkable shift in how networks at least view women. Now, let's see this notion jet into action. Meanwhile, I'll pour myself a some vodka to do a toast in her honor just in case.