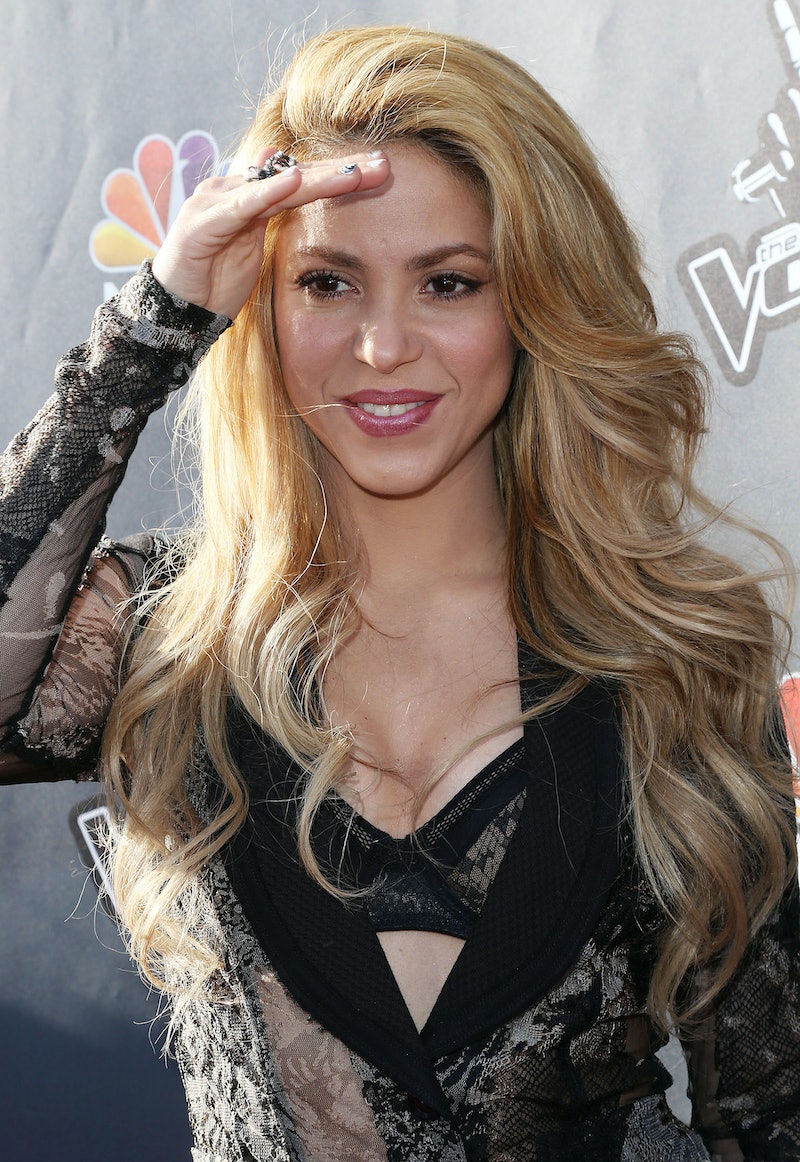 Guys, remember when a certain Voice mentor (*cough*Shakira*cough*) said that her boyfriend was territorial and we were all like, "OMG, feminism, say whaaa?" Well, Shakira said that her "territorial" comment was "humorous." IT WAS A JOKE, GUYS. A joke about misogyny. LOL! So hilarious.

Okay, let's clear this up once and for all.

Back in March, Shakira made a comment in Billboard magazine that her boyfriend, Gerard Pique, was very "territorial," in that he didn't allow her to make music videos with men. We were all like, WTF, that sounds awfully controlling, right? You're supposed to be a strong woman! We like you! Essentially, we swallowed it and believed it because after all, this is the woman with the truth-telling hips. She wouldn't lie!

But obviously, the singer latched onto the way that the Internet interpreted it — which, you know, was pretty intense because women don't usually like hearing about other women's suppression. But chill the eff out, ya'll. It was a misunderstanding! We didn't interpret it correctly, and more specifically — she was being humorous. (I guess we all don't share Shakira's sense of humor.)

Anyway, she didn't want her fans to think that she was in an unhealthy relationship, so she cleared the whole thing up with a Facebook message (in both English and in Spanish — she wanted all of her fans to get the message!). It said:

Hey guys - I recently said in some interviews that my man could be territorial. For the record, I was being humorous and now I see that some press took it very literally! The reality is that we have a beautiful relationship of mutual trust, and jealousy has never been an issue on either side. Next time I promise, I'll be more careful when attempting to use my sense of humor, as clearly it can be easily misinterpreted!

Okay. I feel much better now. Do you? Cool. Now please excuse me while I head back into my bedroom to practice shaking my hips like Shakira does.