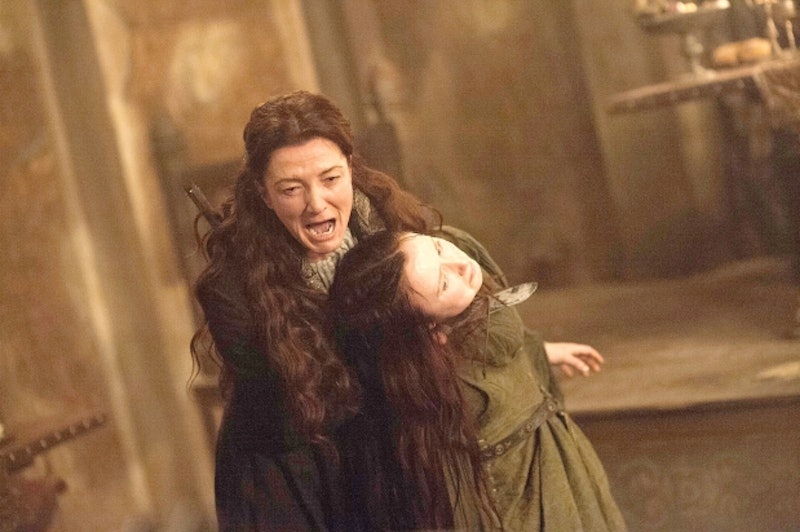 Do you ever ask yourself what Westeros would be like if it fused with a different Kingdom — the Magic Kingdom? Well, whether or not that combination has ever crossed your mind, you can now watch Game of Thrones' infamous Red Wedding as it gets a Disney makeover. Consider Sebastian from Little Mermaid your direwolf for the occasion.

Yes, yes, I know — you've spent the past year recovering from this horrific event, and you've been celebrating Arya Stark's new bloody victories (you saw the Season 4 Premiere, right? If not, uh, sorry for the spoiler), but we've got to revisit this critical moment from Season 3. In this makeover, Cinderella, Prince Charming, Ariel, and Eric step in for the Starks, and Cinderella's evil stepmother and a slew of other murderous Disney characters including Merida, who, with her bow and arrow and red hair brings to mind Ygritte more than anything, start slitting throats while your favorite animated friends run for cover. The actress playing Ariel does her best Catelyn Stark impression... but you've got to see who she's threatening to kill before her own throat gets slit.

It's a bit gruesome for Disney, but on the flip side, it's rather light for Westeros.