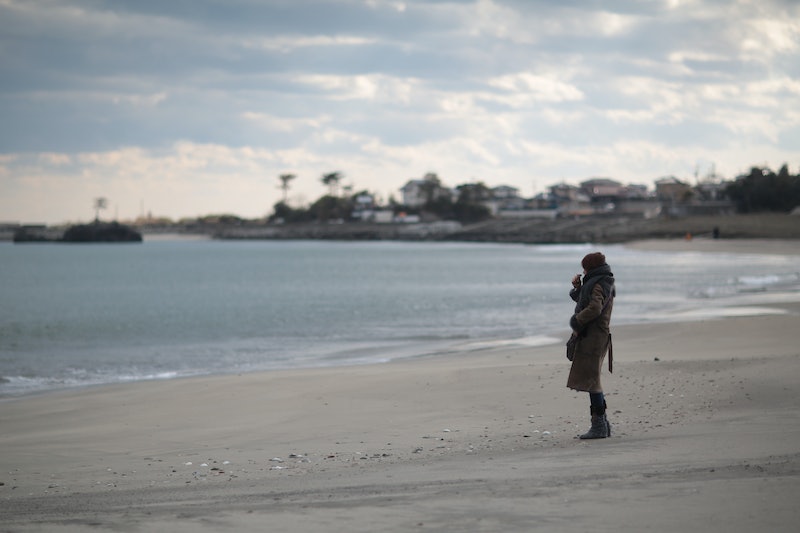 I’ve always felt like the black sheep of my family. Everyone else seems to have an inherent confidence. They talk and make friends with strangers, effortlessly maintain conversation at the dinner table, and flow through social gatherings with ease and delight. Not me. I've always been — and in adulthood have arrived at the conclusion that I always will be — an introvert.

I’m awkward. I’m shy. I don’t cope well in large groups. Matilda has been my hero since age six.

For years, I tried to change my intrinsic personality trait. I had no doubt that being outgoing would make life easier. There have been times when I’ve been dubbed pretentious because I’d rather be reading a book than going to a party. There’ve been times people thought I was angry because I didn’t make small talk at a meal. And yet, the simple truth is that I’m just .... quiet.

Introverts can easily get bad reputations, but more often than not, their silence isn’t a choice. It’s just what comes naturally to them— not unlike the uncle who simply cannot master the concept of an “inside voice.” And that's nothing to be ashamed of. So to all my fellow Matildas, here are some things only we introverts can really understand.

YOU'RE NOT SECRETLY JUDGING EVERYONE

But MAKING FRIENDS IS NO EASY FEAT

So You Read to fill the gaps

After all, THERE'S NOTHING you find MORE SOOTHING THAN LISTENING TO SILENCE

No, NOTHING IS INHERENTLY WRONG WITH YOU

And BEING QUIET DOESN'T MEAN YOU HAVE NOTHING TO SAY

Though you have a lot of interesting opinions, you don't feel the need to proclaim them constantly.

Still, YOU'VE PROBABLY BEEN CALLED 'STUCK UP' FAR MORE TIMES THAN YOU CAN COUNT

Which is why parties can be daunting

BUT NOT BECAUSE YOU RESENT ALL EXTROVERTS

Though let's face it, humans can be horrible.

still, BULLIES HAVE PROBABLY TARGETED YOU

But you know that BEING OBSERVANT CAN BE DEEPLY BENEFICIAL

and YOU'RE PROBABLY QUITE HUMBLE, if you do say so yourself

No, you don't have a superiority complex

BUT YOU'RE PROBABLY A REALLY GOOD THINKER

who knows that SOMETIMES, LISTENING IS MORE IMPORTANT THAN TALKING

and that AWKWARD SILENCE ISN'T THE ONLY TYPE OF SILENCE.

MAYBE YOU'D SPEAK MORE IF YOU COULD. BUT YOU CAN'T. SO YOU DON'T.

And anyway, SHY PEOPLE ARE SOMETIMES THE MOST APPROACHABLE

Though DATING CAN BE VERY, VERY DAUNTING

Just remember, you're one introverted catch.

More like this
5 Signs You Have A Toxic Relationship With Yourself
By Lexi Inks
23 Super Sweet Things To Write In A Valentine's Day Card
By Karen Belz and Lexi Inks
These 3 Signs Are The Master Chefs Of The Zodiac
By Kristine Fellizar
These 4 Zodiac Signs Make The Best Bridesmaids
By Nina Kahn
Get Even More From Bustle — Sign Up For The Newsletter
From hair trends to relationship advice, our daily newsletter has everything you need to sound like a person who’s on TikTok, even if you aren’t.