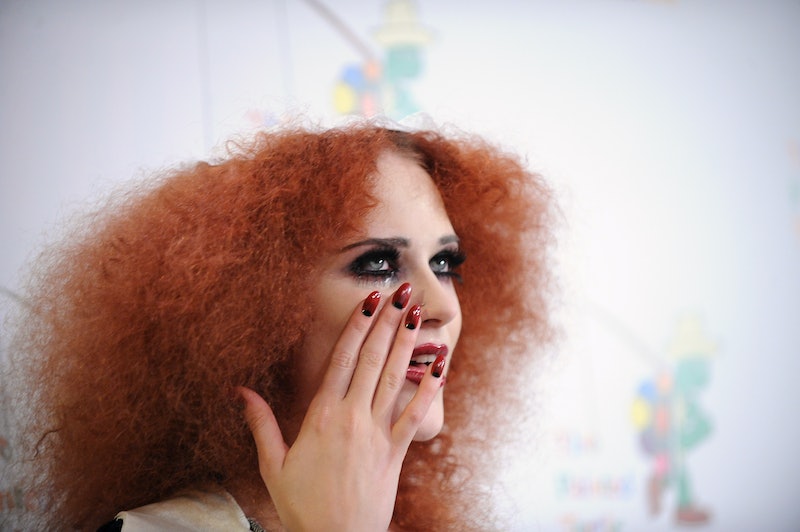 When you were in high school, you were never quite sure where you fit in. You felt too glamorous for 4H, too saucy for the chess club, too soaked in body glitter for the field hockey team. You wandered the halls of your school, never quite sure what to do with yourself. And then — maybe through an older sibling, maybe after catching a heavily-edited showing on network TV — you found that piece you were missing. It was the Rocky Horror Picture Show, it was astounding … and after you found it, nothing could ever be the same.

Rocky Horror is the longest-running film in cinematic history. It’s been in theaters continuously since its initial release in 1975, and for you, those first midnight screenings were more than just an excuse to throw things and yell in a movie theater. Through those screenings you discovered a love of fishnets, lewd jokes, and the most important tool anyone can have in their adolescence survival arsenal: A devoted group of like-minded weirdoes.

The lessons you've learned and experiences you've had being a Rocky Horror fan will always stick with you. Here's how you know you're a true fan.

YOU’VE LOST YOUR VIRGINITY ON STAGE, IN FRONT OF A CROWD OF ROWDY DRUNK PEOPLE

Your Rocky Horror virginity, that is, but still. And even though you were allowed to remain fully clothed, it was still about 50 times more awkward and embarrassing than losing your actual virginity.

YOU’VE NURSED A CRUSH ON A MAN IN A GOLDEN DIAPER, A DUDE IN A CORSET, OR SUSAN SARANDON

YOU KNOW THAT ANYONE CAN DO THE TIME WARP

But it still takes a certain amount of panache to look good doing it.

YOUR FONDNESS FOR MICHAEL “MEATLOAF” ADAY DEFIES ALL RATIONAL EXPLANATION...

(Yes, despite being born Marvin, Meatloaf changed his first name to Michael)

...WHILE YOUR ONGOING FONDNESS FOR SUSAN SARANDON CONTINUES TO MAKE PERFECT SENSE

She's a philanthropist, an Oscar winner, and an all-around national treasure. And who has ever looked better in white granny panties?!

NO MATTER WHAT HE DOES, TIM CURRY WILL ALWAYS BE THE SWEETEST OF TRANSVESTITES TO YOU

Yup, even when he did that.

Despite the occasional rumor that either actor wishes to disassociate themselves from Rocky Horror, Sarandon and Curry are both quite proud of their work in it.

IN FACT, SOME ROCKY STARS HAVE TAKEN THAT PRIDE TO THE NEXT LEVEL

Brad himself, Barry Bostwick, starred in a 2005 episode of the crime procedural Cold Case, as a (spoiler alert!) murderer whose crime is tied to a long-ago midnight screening of Rocky Horror.

Let's not even discuss what happened in that one bathroom that was heavily stocked with Scott toilet paper.

Yes, you can rent a room at the Frankenstein Place. It's B.Y.O.S.C. (bring your own skeleton clock), though.

You were, like, really stressed out about that for a while there.

YOU HAVE SOME *EXTREMELY* MIXED FEELINGS ABOUT THAT GLEE EPISODE

But damn it, Chris Colfer was a charismatic Riff Raff!

Not that Glee was the first…

...or even the third

yes, Rocky continues to be a symbol of all that is good and right in the world

ONCE YOU START NOTICING ROCKY HORROR REFERENCES, YOU FIND THEM IN THE DARNDEST PLACES

A fairly exhaustive list of every time someone in a TV show or movie has strapped on a pair of fishnets can be found here.

YOU KNOW WHO LILI ST. CYR, STEVE REEVES, AND CHARLES ATLAS ARE

(They are, respectively, a burlesque dancer/ underwear designer, a bodybuilder/ actor, and, uh, another bodybuilder — just in case you never got around to Googling them).

YOU FEEL THAT YOU'RE PART OF A PROUD HISTORICAL TRADITION

You are not just some maniac screaming the word "asshole" at a movie screen — you are one of millions of reasonable people who have engaged in the sacred ritual of calling Brad an "asshole" since Rocky Horror first began midnight screenings at the Waverly Theater in New York in 1976.

Tim Curry himself was once kicked out of a midnight screening at the Waverly for causing too much of a disruption.

And you've been putting that information to good use at job interviews ever since.

Don't forget to end with a firm and confident handshake!

YOU KNOW HOW TO MAKE FRIENDS AND INFLUENCE PEOPLE

YOU KNOW THAT NOTHING BRINGS PEOPLE TOGETHER LIKE RICE, NEWSPAPERS, AND FEATHER BOAS

And nothing mends a broken heart like some friends with water pistols and rubber gloves.

NO, IT’S NOT EASY HAVING A GOOD TIME

but, no matter what, you know what living is all about: