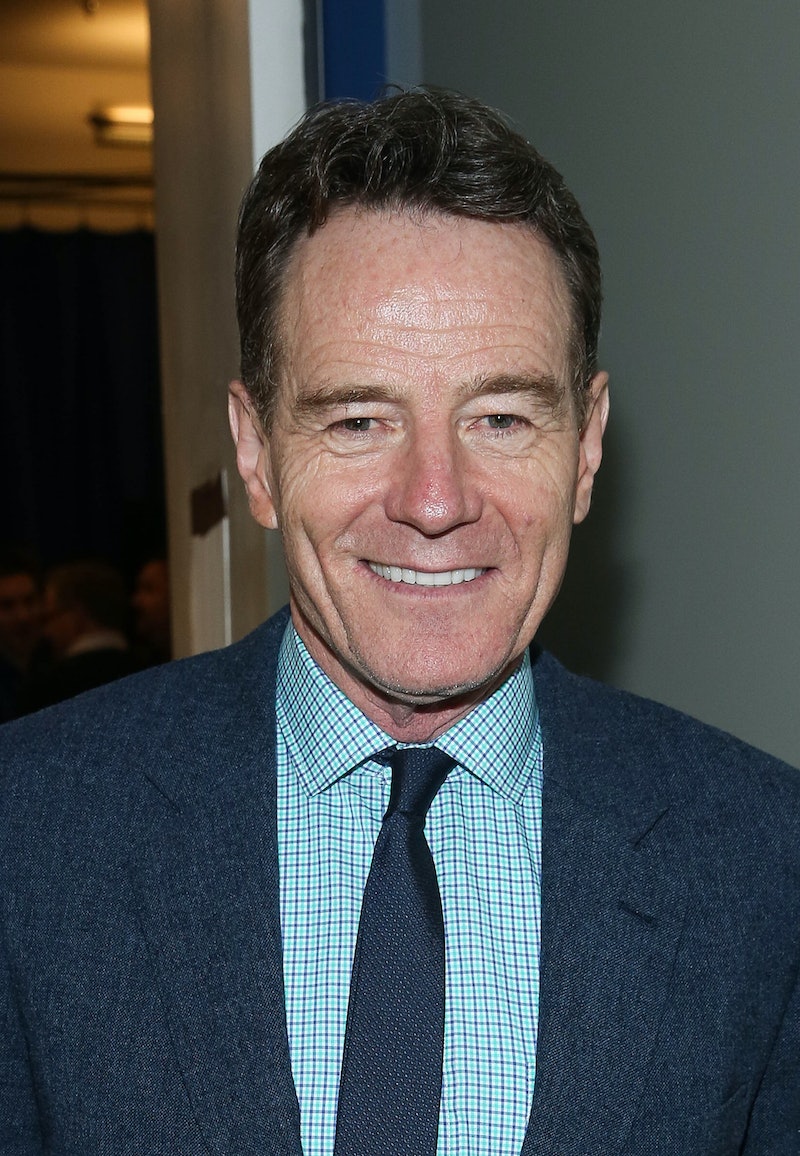 In his least despicable act in a long time, Walter White just got a high school kid a date to prom. After one of Bryan Cranston's Broadway showings this week, Stefan Montana asked the actor if he would record a video message asking a girl named Maddie to go to junior prom with Montana. Stars are often asked to go to prom with people, but rarely asked to just convey the message. Cranston readily agreed and said in Walter White's creepily steady voice, "If you don't go to the prom with Stefan, then maybe your best course of action would be to tread lightly."

Later Montana confirmed on Twitter that Maddie had agreed to go to prom with him, because how can you not when Walter White vaguely threatens you? This is definitely one of the most epic prom proposals ever, but what's Montana going to do to top it for his senior prom? I'm thinking he'll find a way, because in addition to tracking down Bryan Cranston during his trip to New York this week, he also snapped selfies with James Franco and Joe Manganiello. This is one celebrity-connected kid; I'd go to prom with him too.

Montana's video has now gone viral, so if he and Maddie don't make it until next year's prom, I'm sure he'll have plenty of other dates to choose from.

Watch the full proposal below:

More like this
Taylor Swift Wanted To Be In 'Twilight: New Moon,' According To Its Director
By Grace Wehniainen
Britney Spears’ Comeback Song With Elton John Will Be Her First Single in 6 Years
By Jake Viswanath
An Ultimate Guide To The Music Of 'Rap Sh!t'
By Brad Witter
Demi Lovato Is Dating A Fellow Musician Who Is On A Sobriety Journey
By Grace Wehniainen
Get Even More From Bustle — Sign Up For The Newsletter