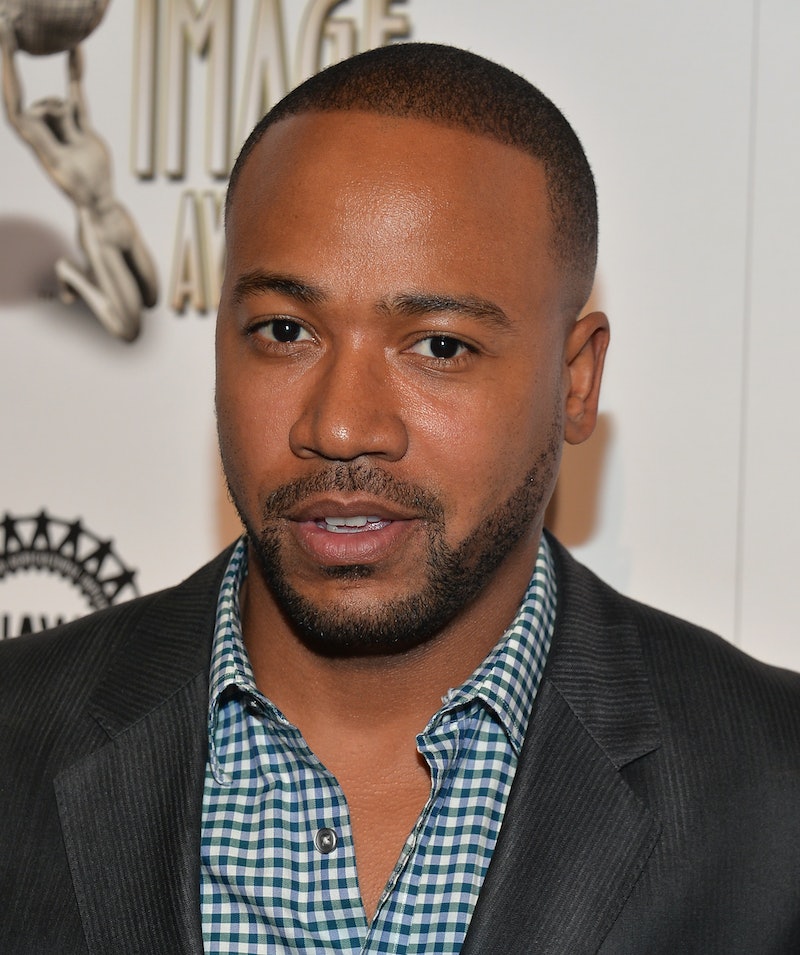 Brace yourselves, Gladiators. There might be some big changes coming to Olivia Pope and Associates. Scandal star Columbus Short, aka the always reliable Harrison Wright, has been getting into quite a bit of trouble with the law recently. It all started with a bar fight a few weeks ago in which the man with whom Short was fighting was hospitalized, and just yesterday Short's wife of almost nine years filed for divorce and was granted a temporary restraining order due to threats he allegedly made against her.

With all of these legal troubles plaguing Short at the moment, it's pretty difficult to believe that the Scandal gods (see: Shonda Rhimes) won't respond by at the very least making some drastic cuts to Short's character in the future. At the very least, he'll have significantly less screen time, which is saying something, because we hardly every get to see Harrison as it is. But most likely, Rhimes could be considering how to get rid of the character completely. If it comes to that I'll be upset because Harrison is a good companion for Olivia and especially Abby, but I don't believe the audience ever really had the opportunity to understand Harrison as well as the other secondary characters.

If Rhimes is looking to cut Harrison from the "gladiator" roster, there are a few possible outcomes she could be considering.

Now this is the rather obvious one. We just left Harrison still being held captive by enemy/lover Adnan Salif with a gun to his head. If the bomb blast goes off and the President is not killed as Mama Pope and Adnan planned, Plan B could be to get rid of any loose ends or evidence of their involvement. Harrison would be loose end numbero uno for Adnan. It will all depend on how much Rhimes is willing to forgive Short because not dying could always mean a possible return, case in point: Isaiah Washington on Grey's Anatomy, another Rhimes show.

This one is less likely but there are a million reasons Rhimes could make this happen. For example, if Adnan and Mama Pope get taken into custody or if Adnan dies, Harrison might be so upset that he could not save his former lover. Maybe this makes him lose faith in the "gladiator" system. Or maybe Adnan and Mama Pope escape and now Harrison is worried he'll be next on Adnan's list, therefore he does not want to put the others in danger and he leaves OPA and starts sleeping with one eye open. Anything is possible in Shondaland.

Again another unlikely one because Olivia would do anything in her power to get Harrison released. But who knows? What if B613 comes back into power and Harrison gets taken and imprisoned? It might be a long while in a hole before we see Harrison again. Maybe just long enough for him to get his legal act together?

Harrison Helps Adnan Escape And Goes On The Run With Her

A sort of happily ever after for a highly disfunctional couple? At this point in my life, I've watched so many Rhimes crazy plot twists, I could believe it.