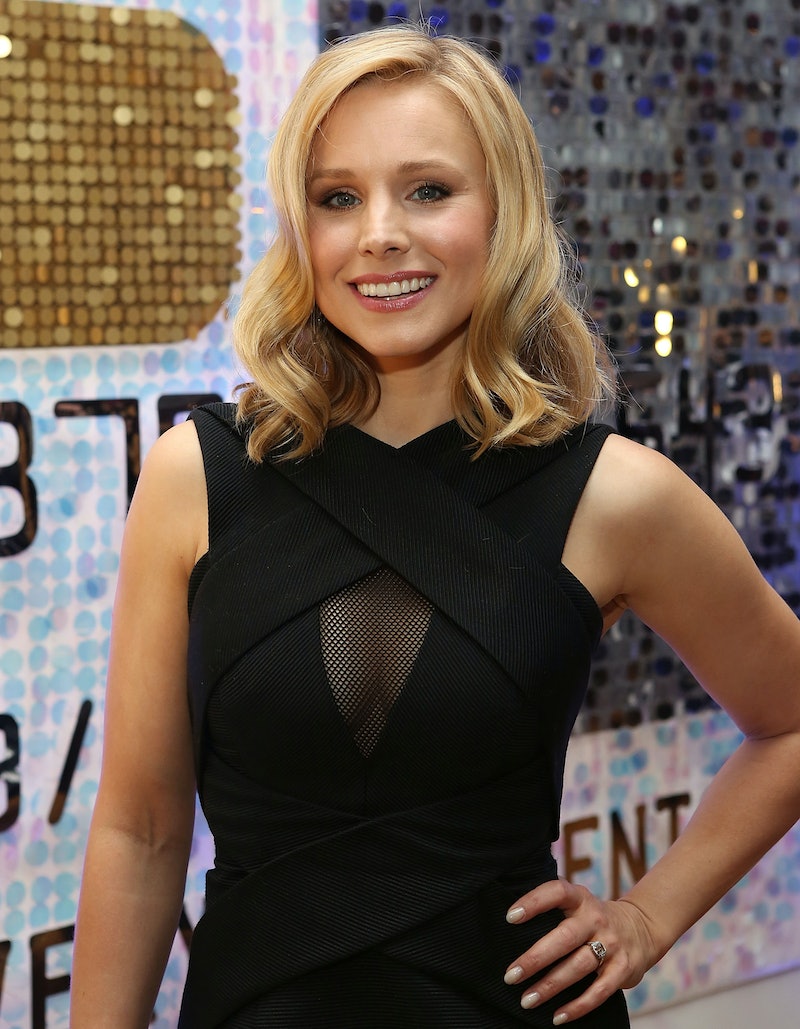 Let's start from the beginning. The series' creators Adam Horowitz and Edward Kitsis told E! that they would like to see the latest Disney princesses, Frozen's Anna and Elsa, on the fairy tale-inspired series. It makes perfect sense, OUAT' s ratings haven't been great and adding characters so popular that parents everywhere are spending thousands of dollars for their merchandise would bring in a ton of new viewers. To make it even better, Horowitz and Kitsis want the real voices behind Anna and Elsa, Kristen Bell and Idina Menzel, respectively, to play them.

Since you can't just tease fans with that insanely appealing possibility, E!'s Kristin Dos Santos asked Bell if she would consider playing Anna on the show. Because she's the coolest celebrity of all time, Bell said, "that would be unbelievable," before discussing her love for Anna. Oh Kristen, we love her too.

So while that would help the show ratings-wise and make a lot of fans very happy, why is it bad news for Morrison? Because who's going to care about whatever she's up to when Princess Anna is around? Emma already has a tendency to be frustrating and when put next to the amazingly relatable, upbeat Anna, she doesn't stand a chance. Nor does any actress really stand a chance next to Bell, who just reveals herself to be more and more awesome every day.

I think it's a fair trade for OUAT. Sure, fans might campaign to have Anna replace Emma as the main character, but at least they'll be watching—and happily. We've had enough of Emma stomping around Storybrooke for a while, it's time to welcome the passionate Anna and maybe even a certain summer-loving friend of hers.

More like this
Victoria Beckham Brought Posh Spice Back In A Very Rare Performance
By El Hunt
The 'PLL: Original Sin' Creators Say A’s Identity Will Be “Very Clear” By The Season Finale
By Alyssa Lapid
'The Sandman’s Ending Is A Departure From Neil Gaiman’s Comic Book Series
By Kadin Burnett
Every Horror Movie Reference In The 'PLL: Original Sin' Premiere
By Alyssa Lapid
Get Even More From Bustle — Sign Up For The Newsletter